Yesterday, I blogged about the Big Brother Kit that we gave to Beckett right after Cooper was born.  When my parents brought Beckett to the hospital we had him spend a few minutes in the room with just his dad and I before bringing in Cooper. We wanted to ensure that Beckett had time to see that I was ok and to get some one-on-one attention before being introduced to the little baby that was about to change his world.

We had been talking to Beckett throughout my pregnancy about babies and about being a big brother, but we knew that, at only 17 months old, his understanding was very limited. We were thrilled to see that whenever we were around a baby he was very interested and very gentle, but we still weren’t sure what to expect when introducing him to his little brother for the first time.  We imagined he might be interested in the baby for a few minutes, and would then be ready to move on to something new.

When we brought Cooper into the room, Beckett’s reaction was one of pure joy!  He literally squealed, yelled “baby,” and began reaching for Cooper and giving him kisses.  It immediately brought tears to my eyes (and Scott’s too)! 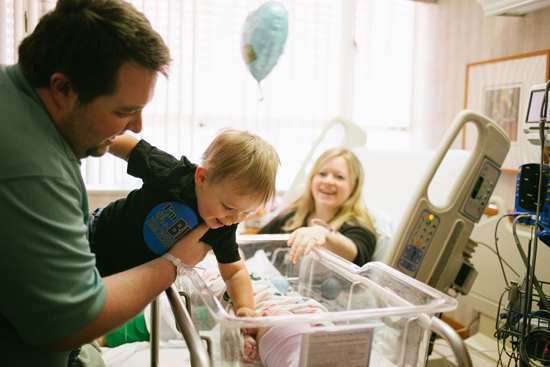 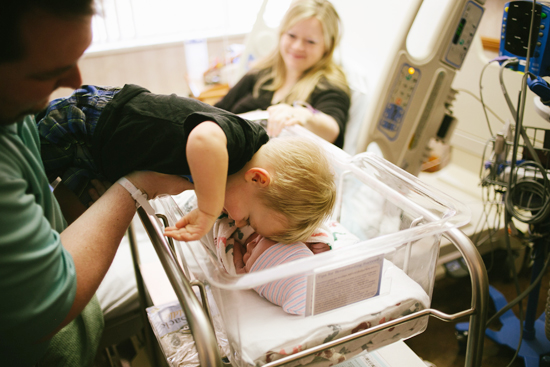 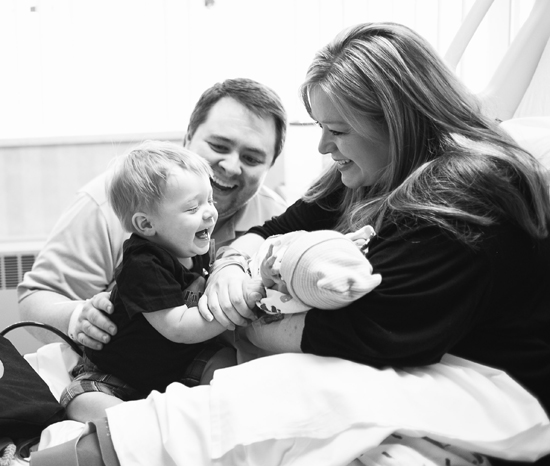 I am so glad that we had arranged to have one of our favorite photographers, Technicolor Vision, on hand to document Beckett’s introduction to Cooper.  There are so many great photos from that afternoon, but I absolutely adore the one below because it so perfectly captures the love that Beckett instantly felt for Cooper! 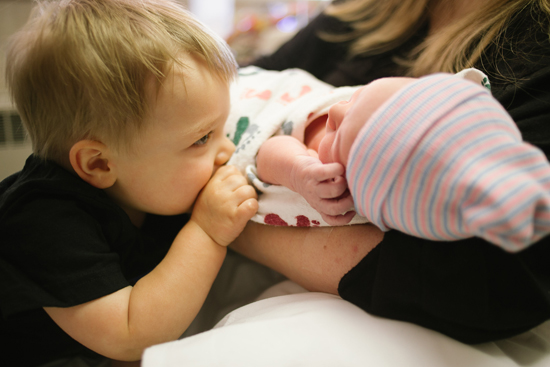 An hour and a half later, Beckett was still just as enamored of Cooper as he was in those first moments.  Even after all the grandparents joined us in the room, Beckett remained undistracted and wanted nothing more than to hold and kiss his little brother. 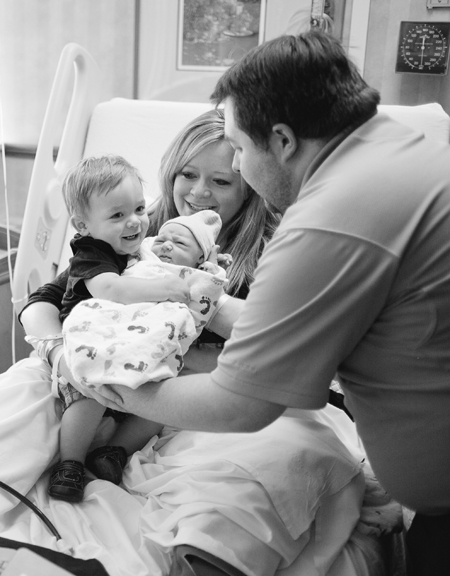 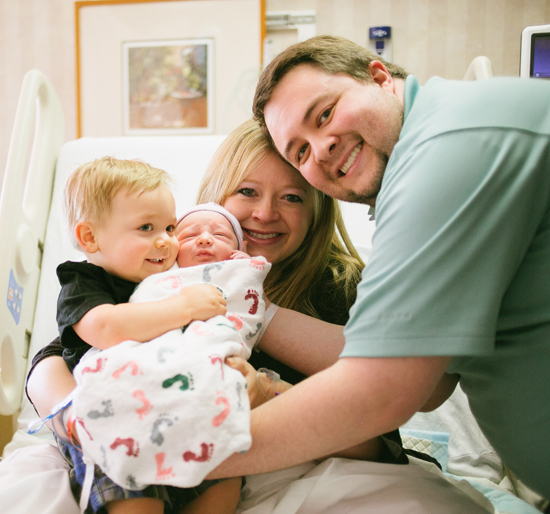 I will never forget how perfect these first moments were as we became a family of four!  I know that over the years these brothers won’t always get along, but I hope that the bond they formed on that very first day will help them to remain friends throughout their lives! 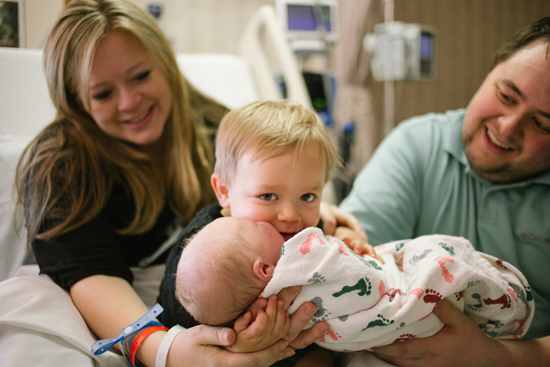 All photos by Technicolor Vision.