Who doesn’t love snapping photos of rainbows?! I’ve seen your Facebook and Instagram feeds – so I know I’m not the only one. There’s just something about a rainbow that makes us all want to pull out our phones. But then what? What do you do with those photos? Well, today I have a super easy idea to get those photos off your phone and decorate for St. Patrick’s Day at the same time!

For both Christmas and Valentine’s Day I created a countdown for my boys, and they loved getting a little treat each day. I’ve never decorated for St. Patrick’s Day before, but I decided I should do at least a little something since the boys love the holidays. And they also love chocolate {weird, since this mama doesn’t}. So to keep it super simple, I decided to print out one of my favorite rainbow photos and display it with a pot of gold covered chocolate coins at the end of the rainbow! 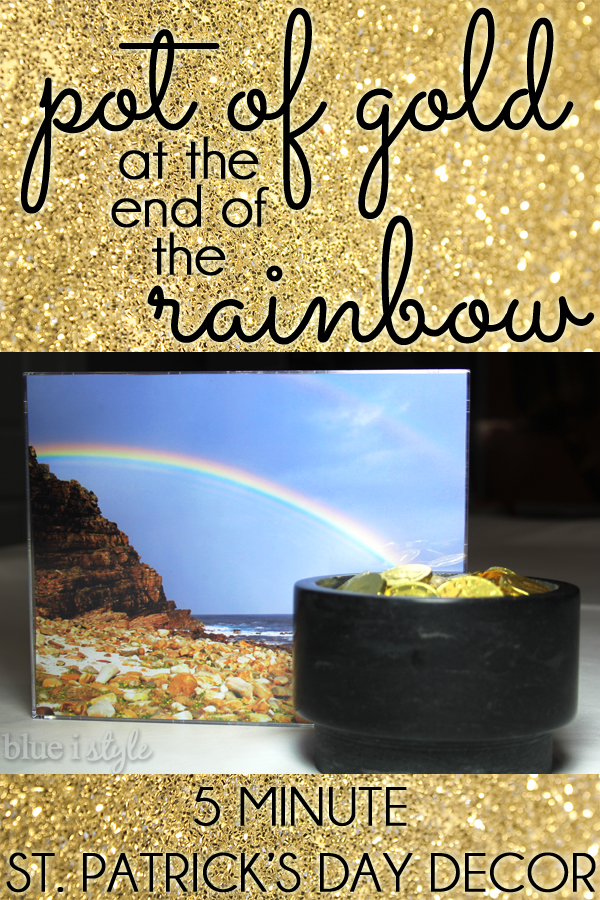 We’ve captured a few great rainbow photos over time, including this one from a very wet boat ride in the Algarve region of Portugal, but since I’m in the photo, it wasn’t ideal for this project. 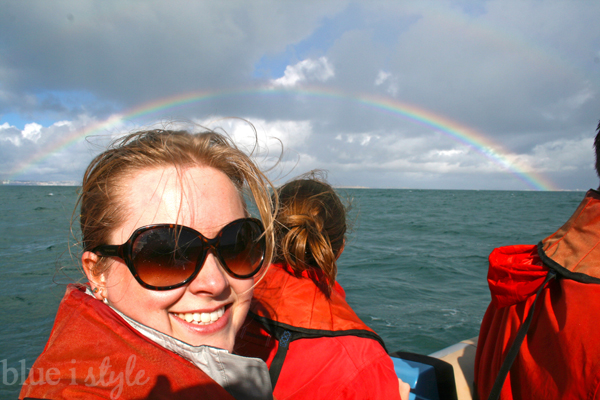 Probably my favorite rainbow photo is from Cape Point on the Cape Peninsula in South Africa. The location was stunning, and we couldn’t believe our luck to see a full rainbow while we were there. This was the photo I originally wanted to use for this project, but because the rainbow is all on the top half of the photo, I was going to be hard to make it look like my “pot of gold” was right at the end of the rainbow. 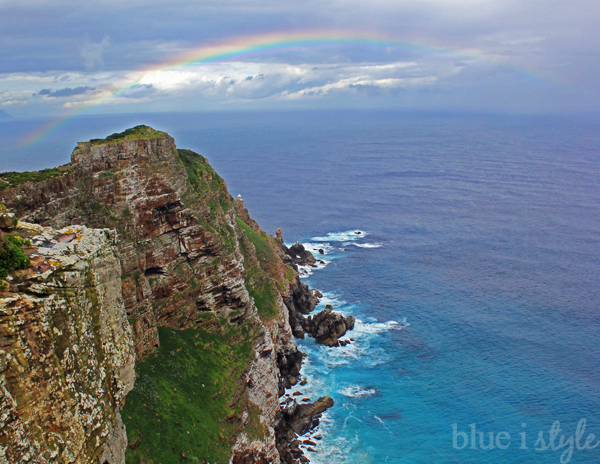 But then there was this photo that we took at the Cape of Good Hope, just a bit north of Cape Point. The rainbow was amazingly vibrant, and because it ends in the bottom right corner of the photo, it was ideal for this project! 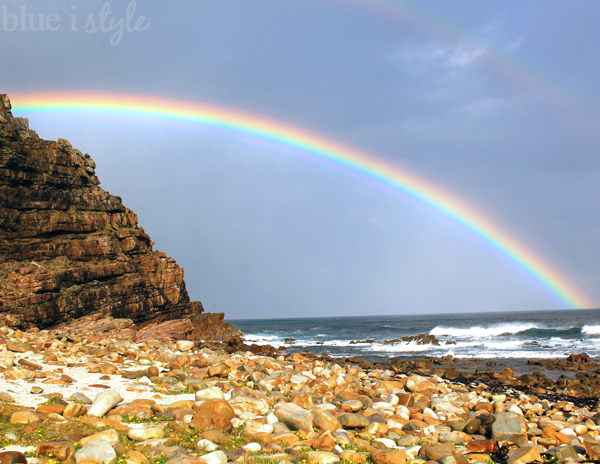 I have lots of picture frames around the house that I could have used, but I thought a frame around the photo might destract from the appearance of the rainbow ending in the pot of gold, so I instead picked up a cheap 8×10 acrylic box frame from Michaels {only $3.99!}. 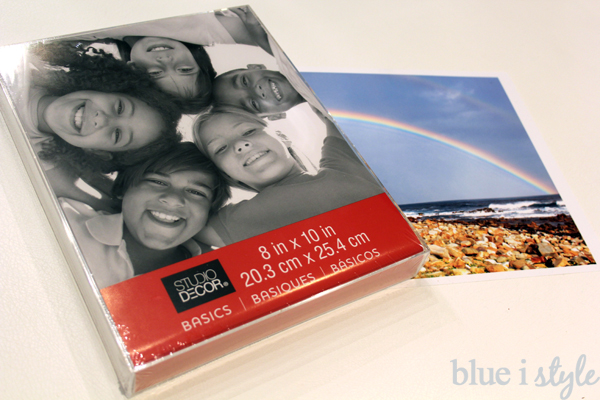 For my pot of gold, I scoured the kitchen cabinets in search of something that would work. The mortar of our mortar and pestel set from Ikea was just right for the job. 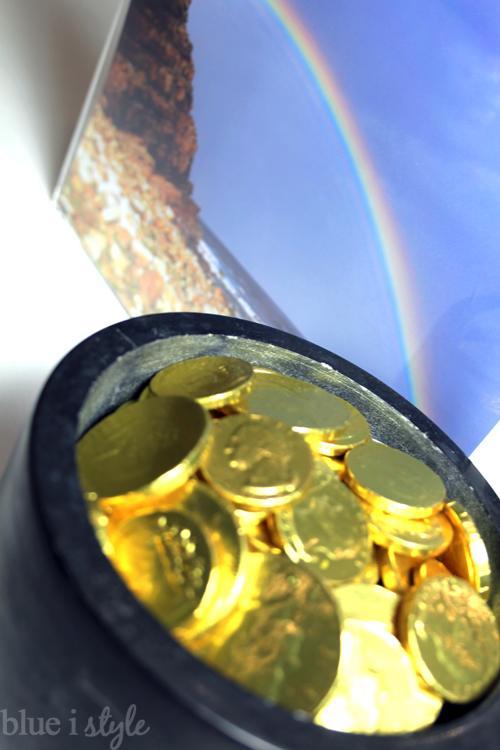 It really doesn’t get any faster and easier than a pot of gold at the end of a rainbow {photo}. 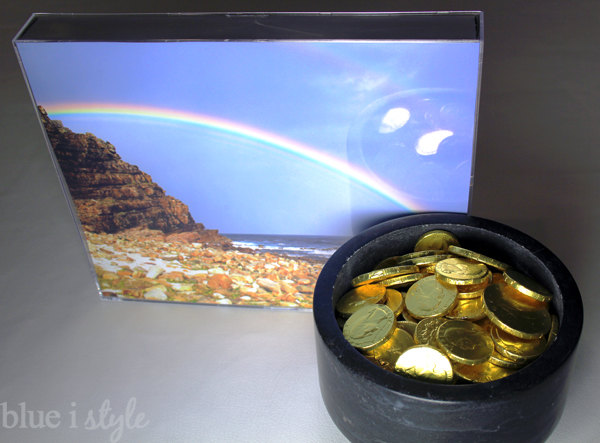 It’s nothing fancy, but it’s fun and my boys are excited that they’ll get to unwrap one gold chocolate coin each day.