If I asked for a raise of hands from all of you with messy dresser drawers, I can just imagine hands shooting up from all corners of the internet! And mine would be raised right there with you… or at least it would have been until last week. 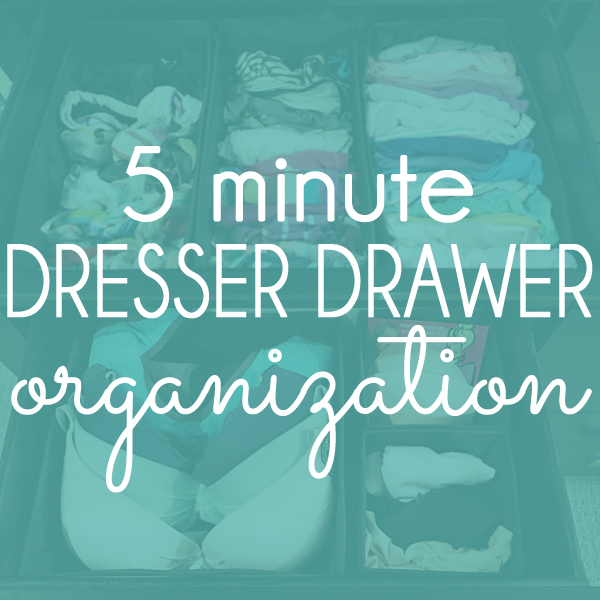 Isn’t funny how sometimes those messy spots that drive us crazy are so simple to fix?
If only I had taken the five minutes to organize my dresser drawers years ago, I would have save so much time searching for what we need {not to mention the hassle of trying shove the drawer closed when it’s overflowing}. So that’s what I finally did!
Well, actually, first I put away the laundry like I normally do… by dumping all of my underwear from the basket into the drawer. 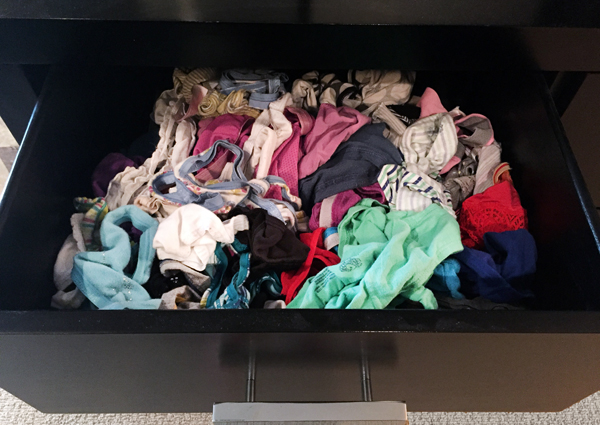 Then I had second thoughts and decided it was finally time to find a way to organize this drawer. But I didn’t want to stop and run to the store to buy anything new, so I looked around the house for what I already had that I could use as a dresser organizer.
I remembered that I had some extra fabric storage bins left over from another project. I love SKUBB storage bins, because they store flat when not in use, and then you simply pop them open and zip the bottom to hold their shape. They come in several different colors, including black, white, and pink. 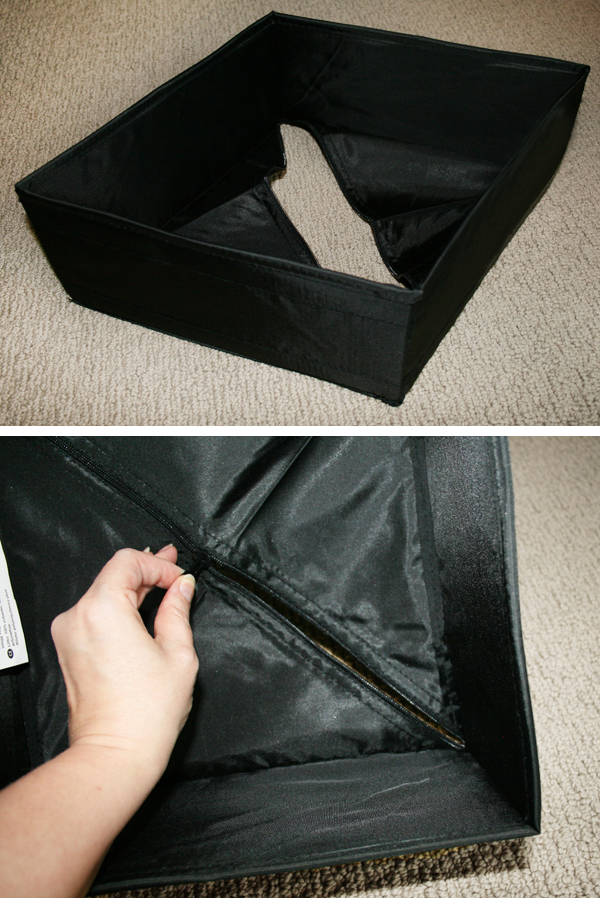 I used three long, thin SKUBB bins to divide my drawer into three sections. I separated my underwear by style, which makes it much easier for me to find what I want. 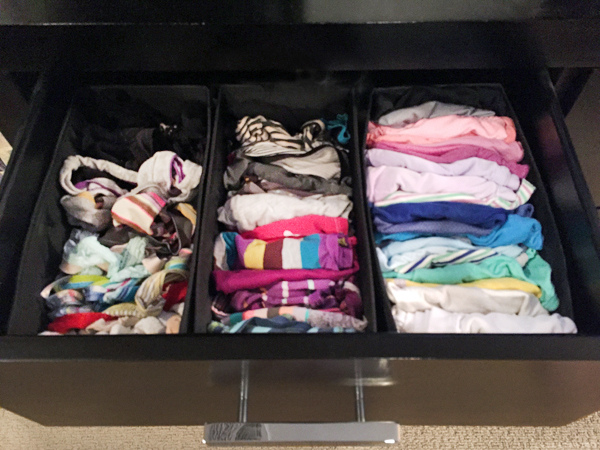 I had a few more SKUBB bins left, so I decided to organize my bras and shapewear as well. I recently saw a plastic bra organizer at a store, and I was tempted to buy it just because I liked the name – the BobbyTrap – but honestly the square SKUBB bin is just the right width to keep everything neatly organized for a fraction of the price. 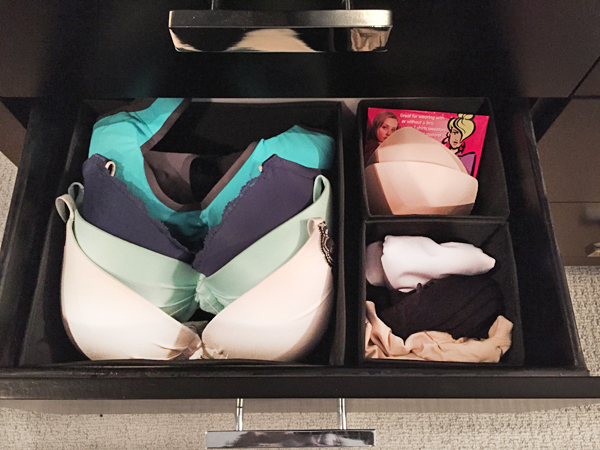 Is it weird to be sharing these photos on my blog? It feels weird… But all in the name of organizing, right?! 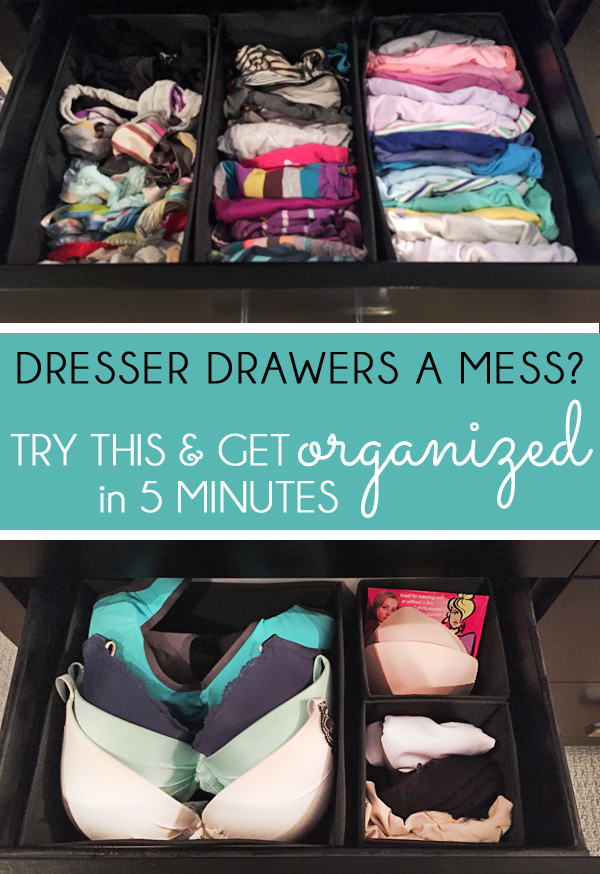