Last year I came across some cute, silver stocking monogram pins at Target, but, at the time, I was pregnant with baby number two and didn’t yet know his gender, let alone his name.  I didn’t want to buy pins for Scott, Beckett and myself without being sure I could get a matching pin this year for “the bun” (now known as Cooper). Of course, as luck would have it, Target is no longer selling the same silver pins this Christmas, and while an online search revealed a number of other options, none of them were quite what I wanted. So I did what I always do in such a situation… I decided to make my own! 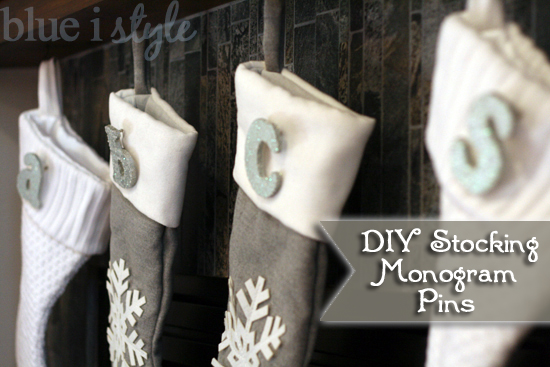 And, as is also generally the case, making my own turned out to be a bargain! All four monogram pins cost me only $6 to make {and I was left with sixteen pin backs for some future project}.

This project really couldn’t have been simpler.  Here’s the rundown…

The supplies for this project included wood letters (purchased from Michael’s for $1 each), adhesive backed safety pins (a pack of 20 purchased for $2 from CraftSuperCenter.net), some silver acrylic paint and some Martha Stewart sparkle texture (both already owned). 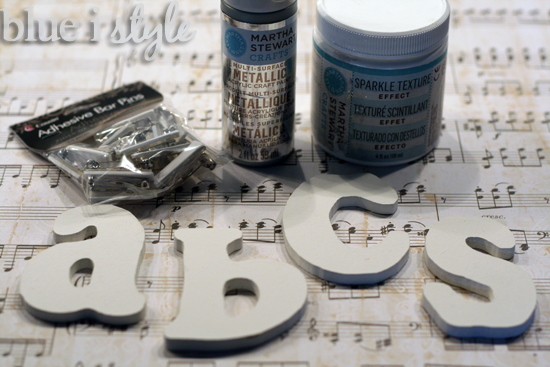 The letters were already primed in white when I purchased them, and I started by painting each with two coats of silver acrylic paint.  I painted the front and sides of each letter, but left the backs unpainted. 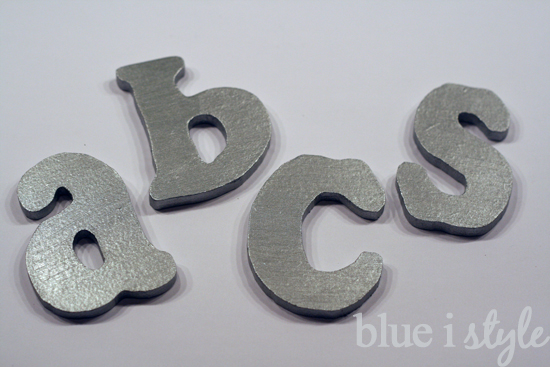 After the silver paint was dry, I added a thick coat of sparkle texture to each using a paint brush, again coating the front and sides of the letters, but not the back.  The sparkle texture goes on looking clumpy and white, but dries clear with only the sparkles left visible. 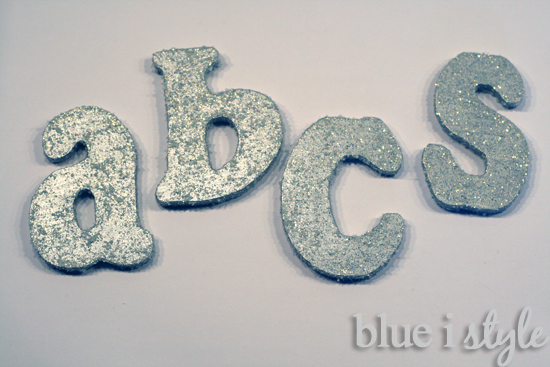 I allowed the sparkle texture to dry for a full 24 hours (per the instructions), then turned each over and affixed the safety pins. The pins already had an adhesive backing, so all I had to do was peel the paper covering off of the adhesive and stick them in place. 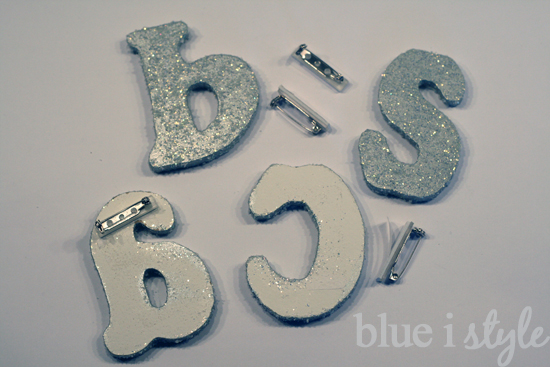 I placed safety pins near the top of the letters. I feared that if I instead placed the pins in the center, the weight of the wood letters would cause them to hang forward when pinned to our stockings. 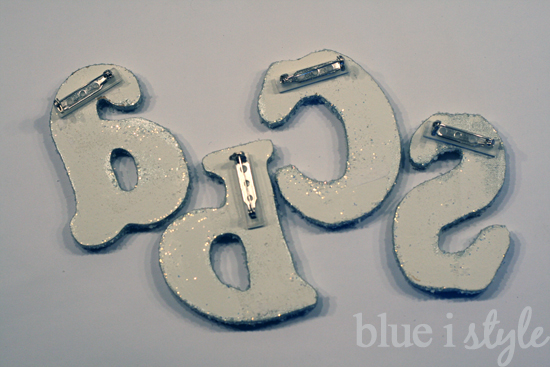 Finally, I pinned the monogram letters to our Christmas stockings and hung them in front of our fireplace. Such a quick and simple addition to personalize our stockings! 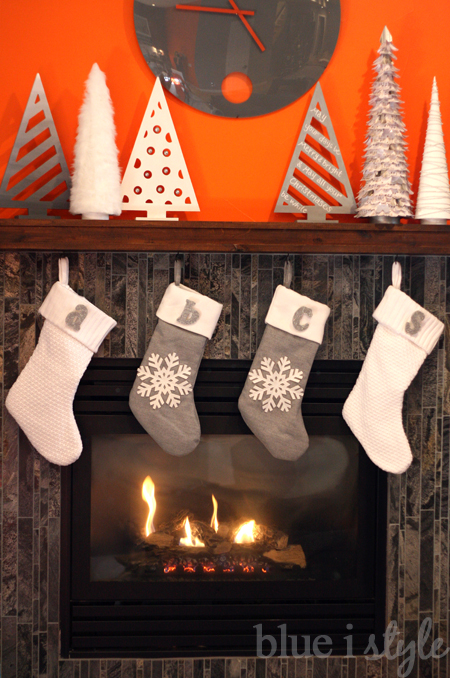 I love how these monogram pins turned out, and I love that they are both stylish and functional. Now Santa will have no questions as to whose stocking is whose as he fills them with goodies! 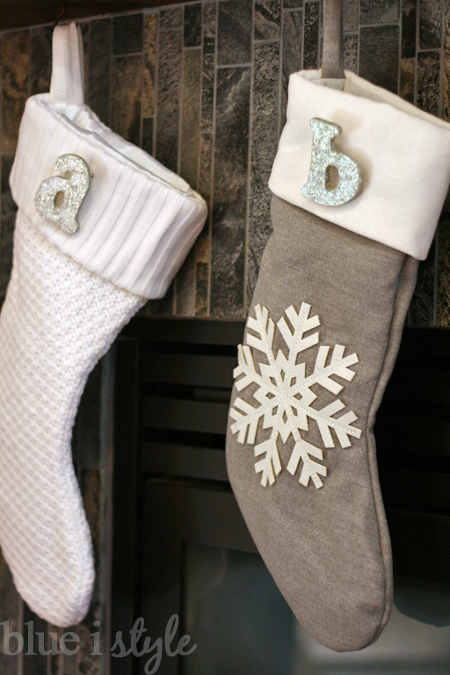 And how cute is it that our first initials are the ABC’S?! We certainly didn’t do this on purpose when naming the boys Beckett and Cooper, but I think it’s a fun little happy accident! 🙂 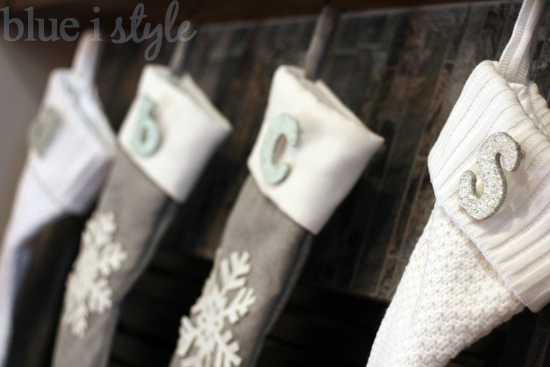 If you like the Christmas trees on the mantel above the stockings, those were all DIY projects as well. I posted the details last week about the textural trees here, and the painted trees here.

That’s the end of my Christmas crafting for the season. The presents are finally wrapped, and now it’s time to just relax and enjoy the next few days. Merry Christmas to all!