I hope everyone is having a wonderful and very Merry Christmas!  I thought I’d take the opportunity today to share our family Christmas card {which we ordered from Tiny Prints again this year}. 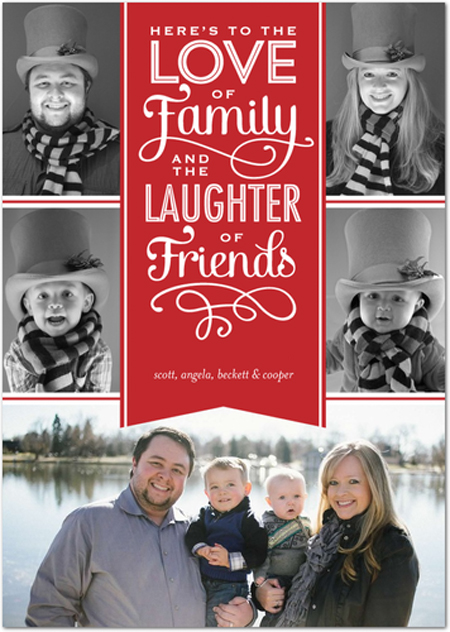 The top hat is the one Scott wears as part of his costume while working for a professional Christmas caroling company, The Original Dickens Carolers, each holiday season. Beckett just loved that hat this year! He kept trying it on himself, then putting it on Cooper’s head. It was so cute that we decided to take photos of each of us wearing the hat for our card – an idea that was much simpler in theory than it was in reality. The hat was big on my head, and gigantic on the kids, so I stuffed the top of the hat with scarfs in increasing quantities to hold that hat at the right spot on each of our heads. We finally got both kids to cooperate momentarily, and I think the resulting photos are pretty cute!

And here is the back of the card… 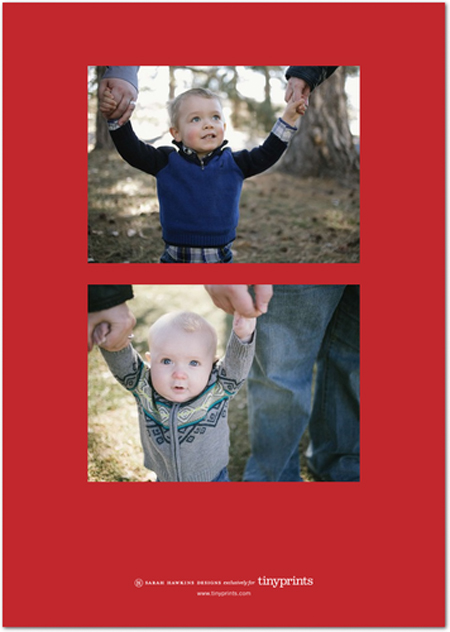 The photos of the boys on the back of the card, as well as the family photo on the bottom front of the card, are by the very talented Technicolor Vision.

I really can’t believe how old Beckett looks in our new family photos. He’s become such a little boy!  Which I guess shouldn’t surprise me since he turns two next week. And Cooper… aren’t those baby blue eyes something?! He’s literally growing up before our eyes, and he just said his first words two days ago.  I was trying to get him to say mama, and instead he quite clearly said “I love you.” What a fabulous Christmas present!

I have a bad habit of ordering our Christmas cards at the last minute and then getting stressed out trying to get them in the mail in time.  And while I know that cards can be stressful for others as well, I just love receiving Christmas cards in the mail from all of our friends and family every December! It’s so wonderful to see happy families grow and change in the photos from one year to the next!

2012. Last year, for Beckett’s first Christmas, the front of our card featured an adorable photo of him sitting by our chalkboard wall in a little Santa suit. And on the inside of the card we announced that our family would be growing, or should I say, Beckett announced it via his wish list to Santa… 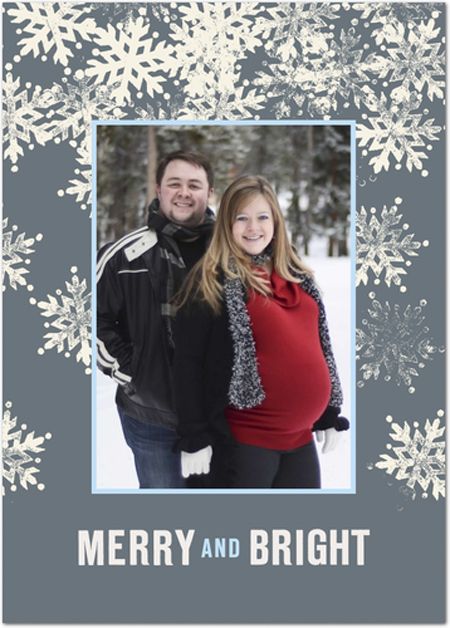 I was extremely pregnant, and expecting our first child in early January. Beckett instead arrived a couple of weeks ahead of schedule on the afternoon of New Year’s Eve, just making it under wire as a 2011 baby instead of a 2012 baby. 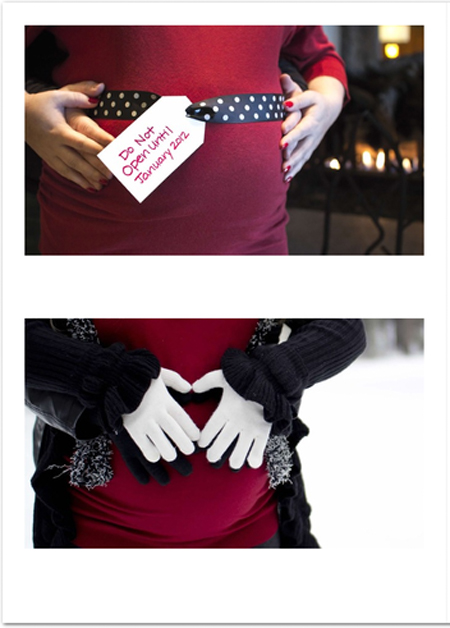 2010. A look back at our 2010 Christmas card really reminds me just how quickly our little family has grown! In December of 2010, it was still just Scott and I. That year we were jetting off to Europe to spend Christmas in Spain and New Year’s Eve in Portugal. 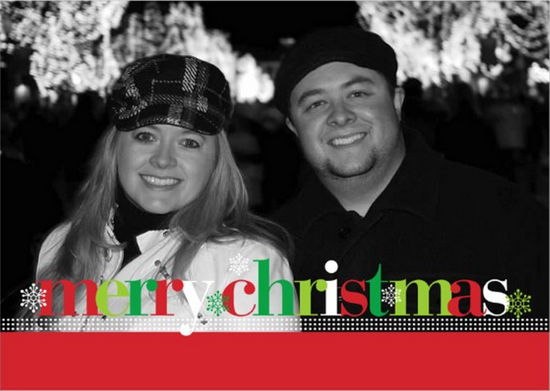 And now, here we are, a happy family of four celebrating Cooper’s first Christmas and taking so much joy from watching Beckett start to understand the magic of the holiday!

From my family to yours, we wish you a very Merry Christmas!