I can FINALLY call the nursery done!  About darn time considering Beckett is almost 20 months old and a big brother.  The nursery has been almost complete for a year and a half, but with the zebra striped cornice boards installed I was finally able to hang the drapes. 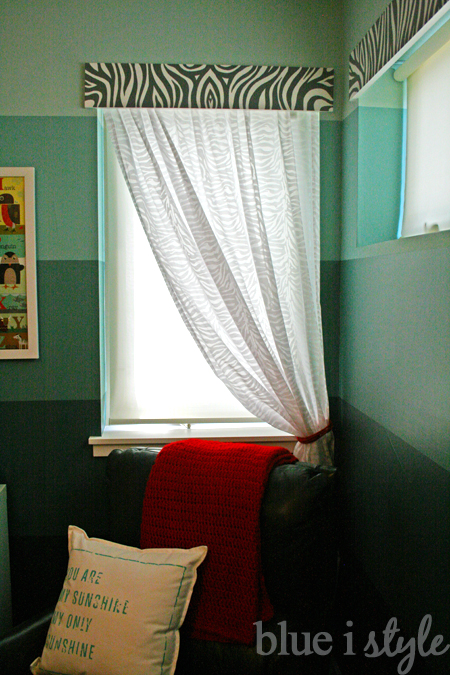 Long before I was pregnant, I had plans to decorate a gender neutral nursery with an animal theme.  I had picked up some sheer zebra window panels from Target knowing they would one day be perfect in the nursery. 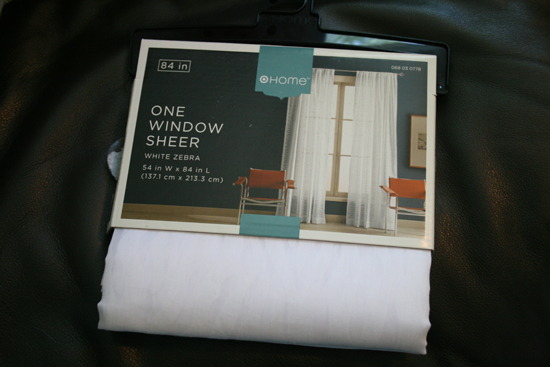 But the windows in the nursery posed a challenge.  While one of the windows is of normal proportions, the other is a long, thin horizontal window set high on the wall.  I knew that one of the zebra window panels would look great in the vertical window, but that hanging a window panel in the horizontal window would look just plain silly.  The solution was to paint and install matching cornice boards on the two windows, but only hang a sheer drapery panel in the vertical window. 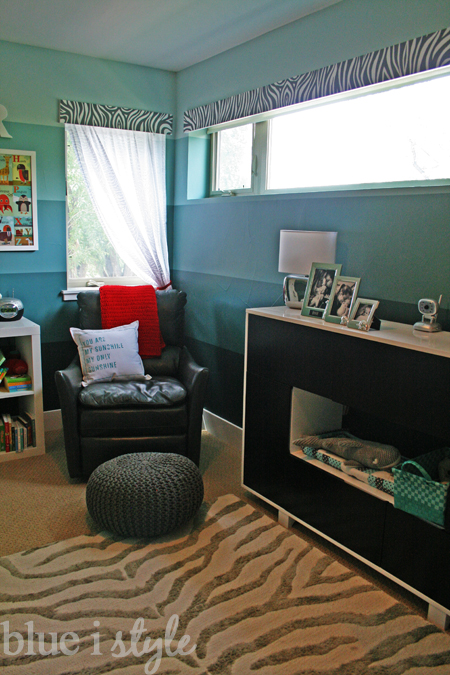 I just love how the zebra striped cornice boards tie in with the zebra rug.  And the zebra pattern of the sheer drapery panel is subtle enough to match without being to busy.  The addition of the drape also helps to soften the look of the room, which is heavy on linear details. 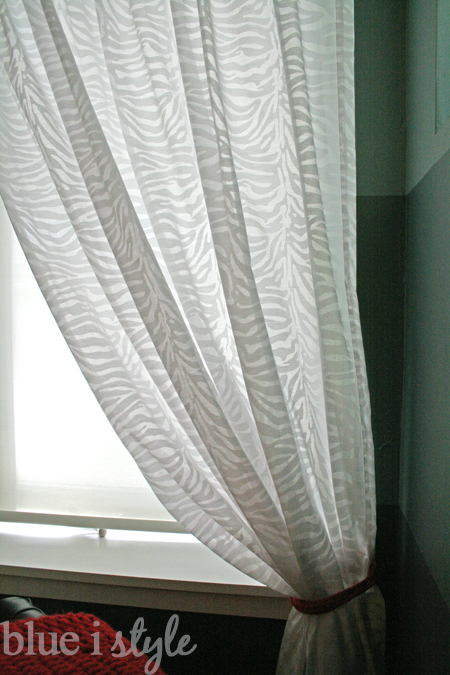 To hang the drapes, I simply slid the panel over an inexpensive stretch rod and placed the rod into the window inset behind the cornice board. 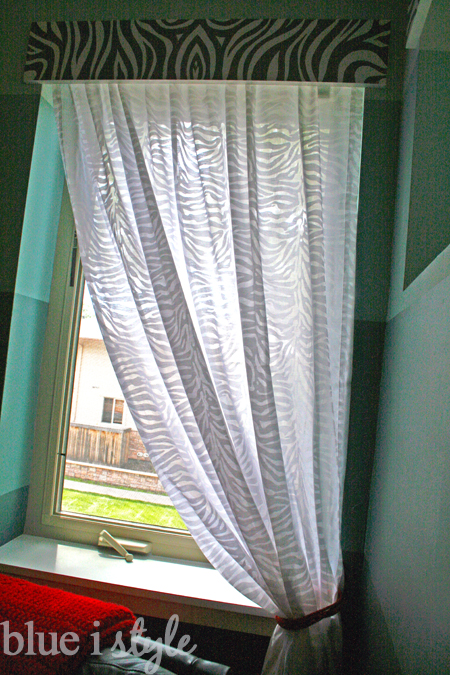 I had originally envisioned installing a standard U Arm hold back to keep the drapery panel in place.  But with only about two inches of wall between the window and the corner of the room, there wasn’t enough space for a U Arm hold back like this: 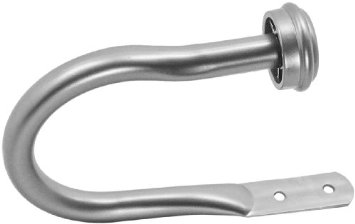 Then I found this great, thick red jute at Joann Fabric that I knew could look great tied around the drapery panel. 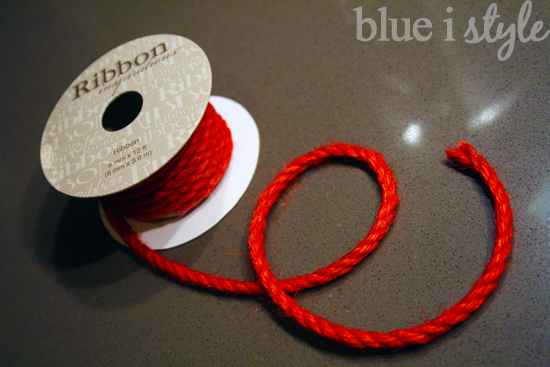 The cornice boards and drapery panel were the just the final touches that the nursery needed. 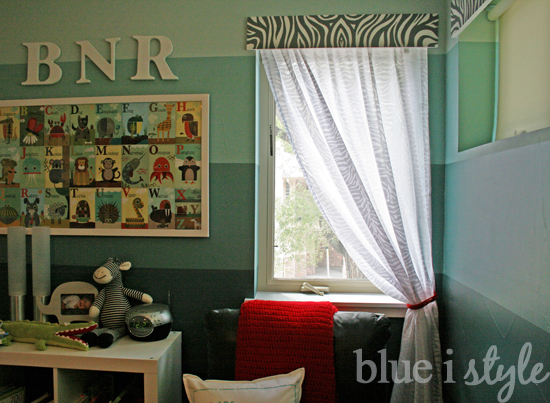 Here’s a quick little before and after so you can see how the cornice boards and drapes complete the look of the nursery! 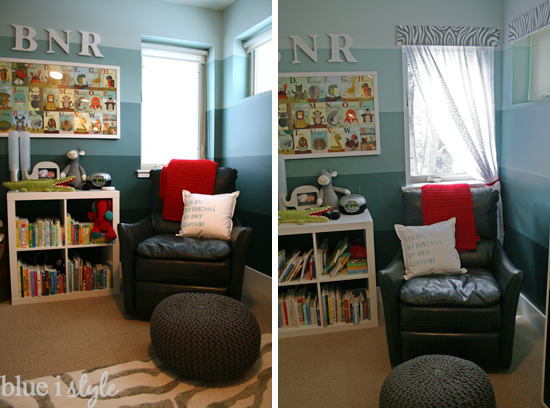 Good thing I got the final detail of the nursery done just in time to start planning a new “big boy” room for Beckett! Our plan is to move Cooper into the nursery around the end of the year, so the blog will be abuzz with plans and projects for Beckett’s new room over the next four months.  I have some really fun ideas in mind – so keep coming back! Update: It took a few months longer than I expected, but Beckett’s new big boy room is now complete and you’re going to want to check it out here!