Earlier this week I shared the details of Beckett’s Sesame Street themed second birthday party, including the simple craft project that I created for the kids. Today I wanted to show you how quick and easy it was to prepare this craft project using my Cricut cutter. 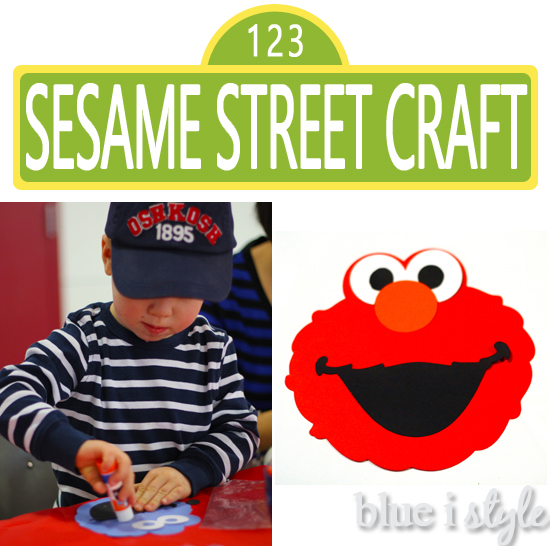 When I originally came up with the idea of doing a craft project for the party, my plan had been to cut out the different facial features for five or six different Sesame Street characters and to have baskets of eyes, noses and mouths for the kids to chose from, allowing them to create their own unique monster from a combination of the parts and pieces of the popular Sesame Street friends (I envisioned creations like Cookie Monster’s googly eyes with Oscar’s eye brows and Big Bird’s beak). I was able to find templates on Pinterest for every imaginable character, but I quickly became overwhelmed thinking about how long it would take me to cut out all of the pieces in order to have enough for 30+ kids. As is often the case, I decided it was time to simplify my originally grandiose plan to something more manageable.

Since cutting so many pieces was going to be to time consuming {especially for a party originally scheduled for just over a week after Christmas}, I quickly realized that I needed to find a way to let my Cricut cutter do the hard work for me. I searched online and discovered that there are several different Sesame Street cartridges for the Cricut which have been discontinued, but which are still available in digital form. I chose to downloaded the Sesame Street Font cartridge because it had the faces of Beckett’s two favorite characters, Elmo and Cookie Monster. 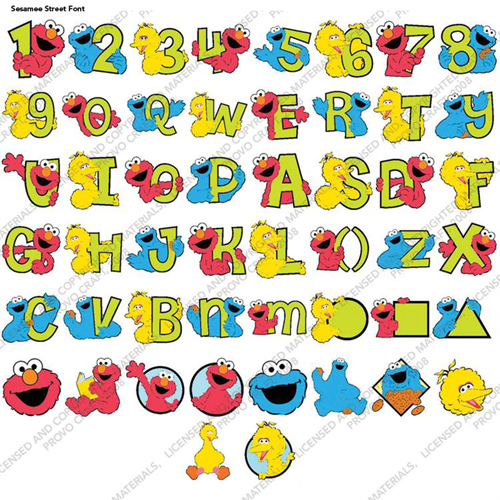 Once I had the cartridge downloaded, all I had to do was pull out scrapbook paper from my collection and let the Cricut do all the cutting for me. 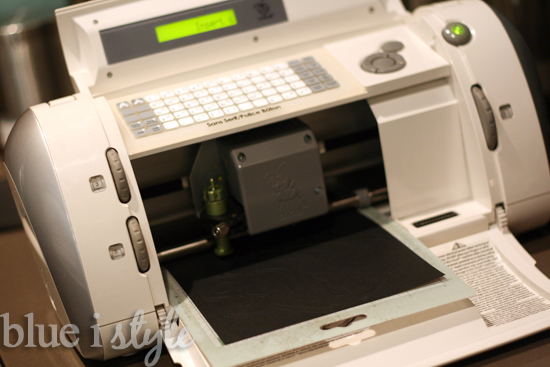 I cut enough pieces for twenty Elmo’s and twenty Cookie Monster faces – including the face shapes, the mouths, eyes, and (in the case of Elmo) the nose. 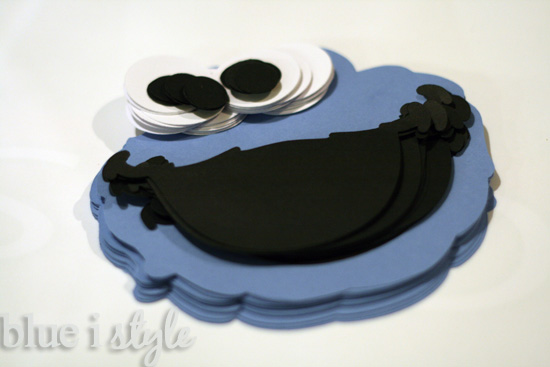 Once I had all of the pieces cut, I divided them up into sets and put each set into a Ziploc bag that I labeled as either Elmo or Cookie Monster.

At the party, I simply spread out the bags along two of the tables together with bowls full of glue sticks. 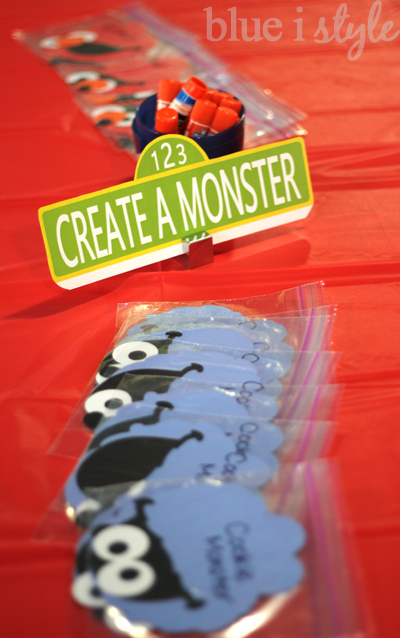 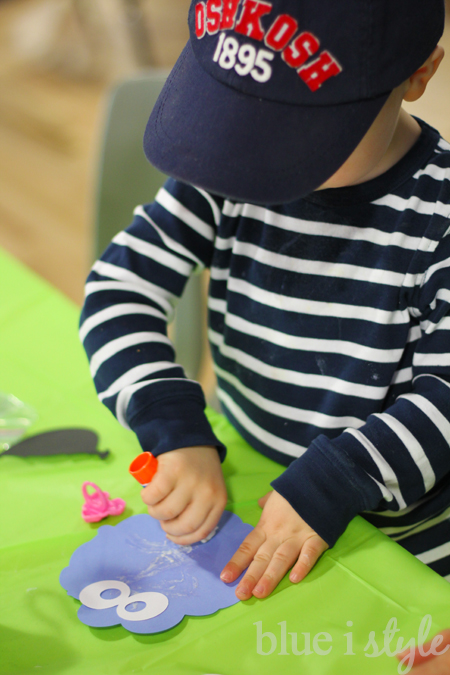 The parents and kids alike had fun gluing the faces together. 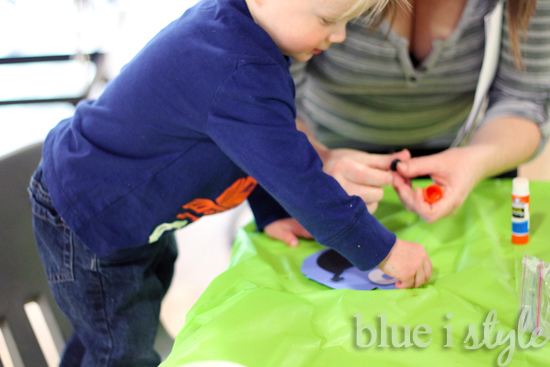 While not as elaborate as the craft project I had originally imagined, I think this project was actually much better suited to the age of the kids and the prep time involved was very manageable for a large group. I’ll call that a success!