A lot of home design/DIY bloggers also blog about their fashion. Not me! I like clothes as much as the next girl, but I’m definitely not a trend setter. I am just happy if I catch on to a trend before it’s already “so last season.”

I tend to get into a rut and don’t try new things when it comes to fashion, and this is especially true when it comes to scarves. Last summer I showed you how I turned cabinet pulls into scarf hangers. Getting my scarfs out of a drawer and hanging up where I can see them has really encouraged me to wear them more often, but I tend to wear them the same way all the time.

One of the first things I ever pinned on Pinterest was an image from Scarves.net showing 40+ ways to tie a scarf. But even after pinning it, I continued to wear my scarves one way and only one way because I never take the time to pull up Pinterest when I’m getting dressed. Well, I’ve finally found a way to solve that problem by printing out the image, framing it, and hanging it in my closet alongside the scarves. 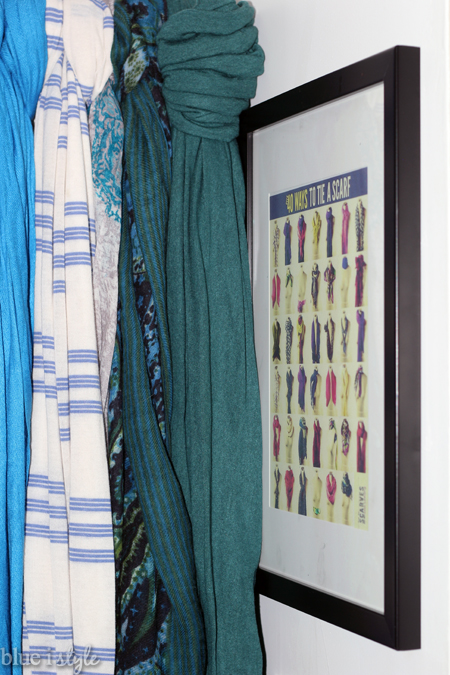 I picked up an 11×14 frame with an 8×10 mat on clearance at Michael’s yesterday, and came straight home to print the “knot guide” from Pinterest. This could have been a “one minute Friday” project, but because the image was long and thin, it took me an extra few minutes in Photoshop to do a little cutting and pasting to move the bottom couple of rows of scarves to the right side – making the image better proportioned for my frame. 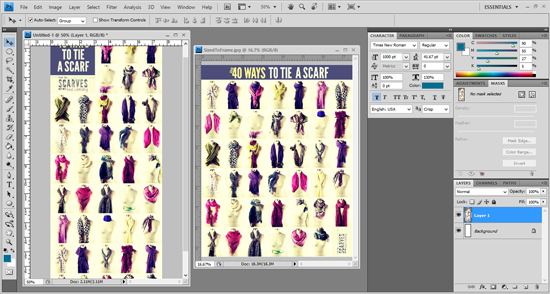 Even with the Photoshopping that I did, it still took me only about five minutes to print the image, stick it in the frame, and hammer a nail into the wall to hang it.

I no longer have any excuse not to try new ways of wearing my scarves. 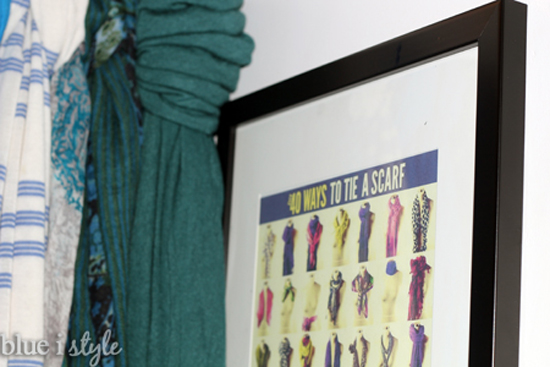 Many of the “knots” are easy enough to figure out just by looking at the images, but for those that require a bit more explanation, I’ll now be motivated to pull up the tutorial on my phone rather than just going with my old standard. 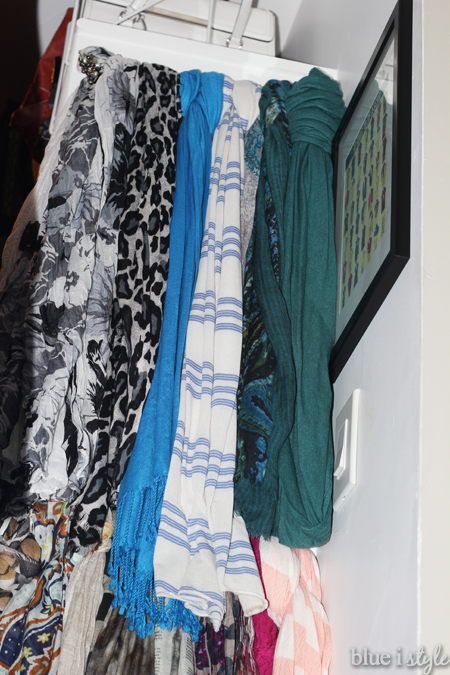 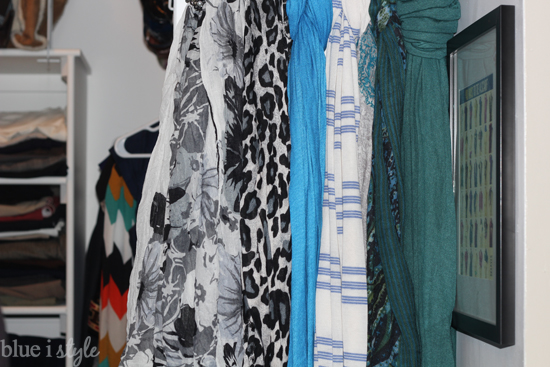 Pinterest is awesome, but it can be easy for things to get lost among your hundreds or thousands of pinned images. This weekend, I challenge you to take a few minutes to think about what you’ve pinned on Pinterest that would serve you better if you printed it and placed it somewhere that you’ll see it every day. Maybe it’s printing out a recipe that sounds delicious and hanging it on the bulletin board in your kitchen, or maybe it’s printing a motivational quote and framing it for your desk. Leave me a comment and let me know what you decide to print!