While my favorite colors are shades of blues and greens, my younger sister is a fan of anything red, pink or purple! To help her celebrate her birthday last week, I made her cupcakes with pink icing – three shades of pink icing to be exact. The ombre cupcakes turned out so pretty that I had to share them with you because they would also be perfect for Valentine’s Day! 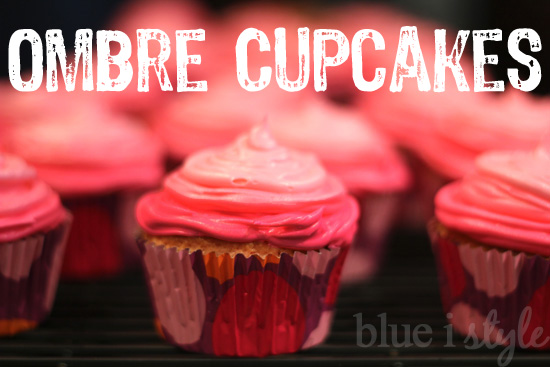 I started by making two dozen strawberry flavored cupcakes, and I baked them in purple and pink polka dot cupcake papers. I’ve always been frustrated by the way cupcake papers fade during baking, but I recently heard about Wilton’s ColorCups, which are foil lined and are supposed to maintain their vibrant colors, so I decided to give them a try. As promised, the colors didn’t fade at all! {This is not a sponsored post, I was just impressed with this product and wanted to let you know that it worked as advertised.} 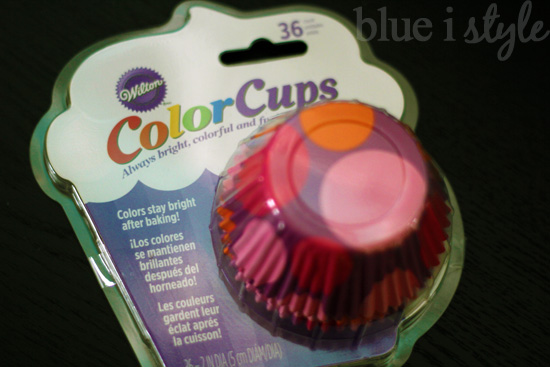 While the cupcakes were cooling, I divided two containers of Betty Crocker vanilla frosting into three bowls. Because I knew I would be using more of the darkest color of icing than I would use of the lightest color, I didn’t divide the icing evenly among the bowls, but instead gave each bowl a bit less than the one before. 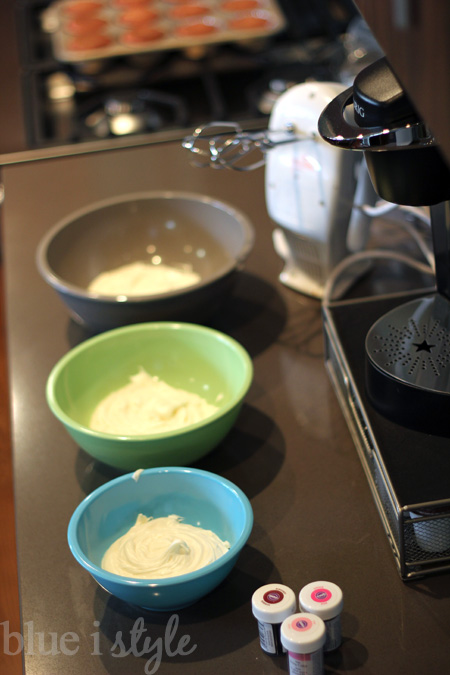 I had purchased three different colors of food coloring – Pink, Rose and Burgundy – although I only ended up using the Pink and the Rose. 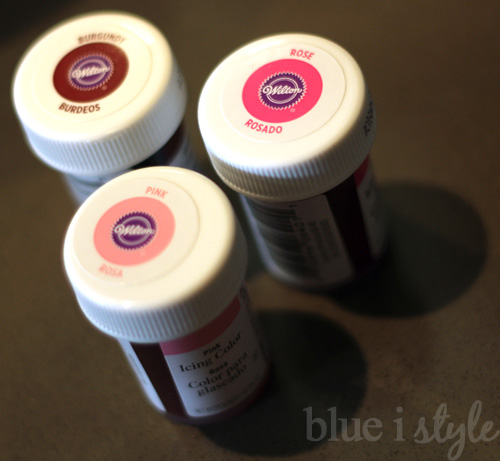 I added a bit of rose to the medium sized bowl, and a bit of pink to the smallest bowl.

My intent was to arrive at good medium and light shades, and to then go about mixing the darkest shade of pink accordingly (adding in a touch of burgundy food coloring if need be). However, after mixing the food coloring into these first two bowls, the intended medium color was a lot darker than I had imagined, and the intended light shade was not very light at all. I added a spoonful of vanilla icing from the largest bowl into each of medium and small bowls and mixed it in to lighten the colors just a bit.

Then, rather than mixing the remaining icing in the largest bowl to a darker shade (as I had originally intended), I instead added a very small amount of pink food coloring to create the lightest shade of pink. The moral of this story is to start with very little food coloring, because a little goes a long way. 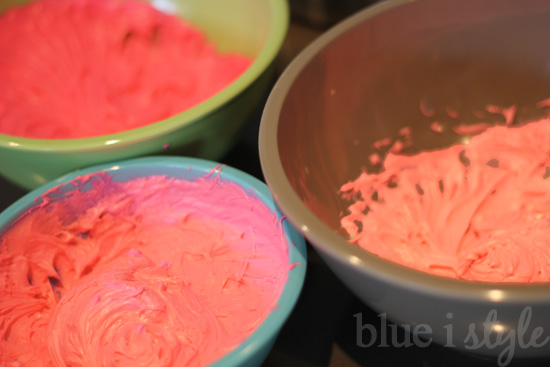 Once I had three different shades of pink icing, I was ready to start frosting the cupcakes. I selected three different sizes of round cake decorating tips – a large, medium and small (tip numbers 12, 10 and 8 to be exact). 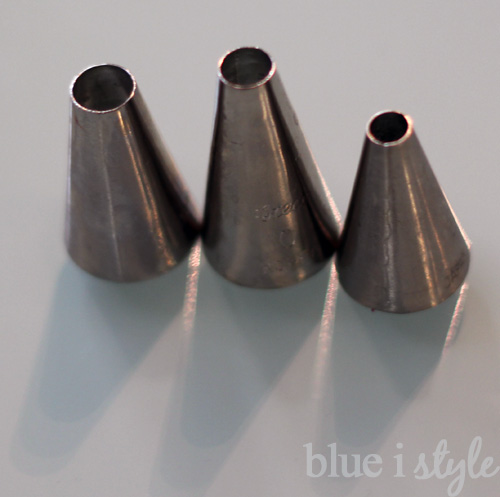 I attached the largest round tip to a disposable cake decorating bag, and filled the bag with the darkest color of icing. I then frosted the top of each cupcake with the dark pink icing, working in a spiral pattern starting at the center of each cupcake and working my way to the outer edge. 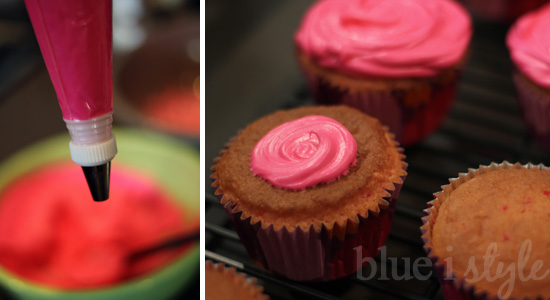 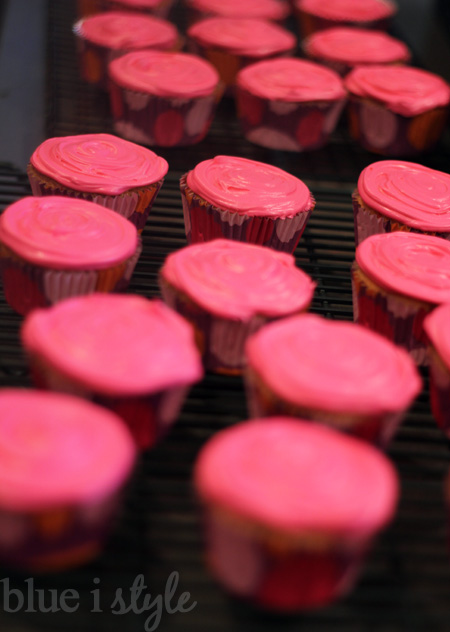 I then moved on to the medium icing, using a new cake decorating bag and the medium round tip. Once again, I applied the icing to each each cupcake in a spiral pattern, starting at the center and working my way out. This time, however, I only frosted about 2/3 of the top of cupcakes, allowing the darker frosting color to remain visible around the outside of each. 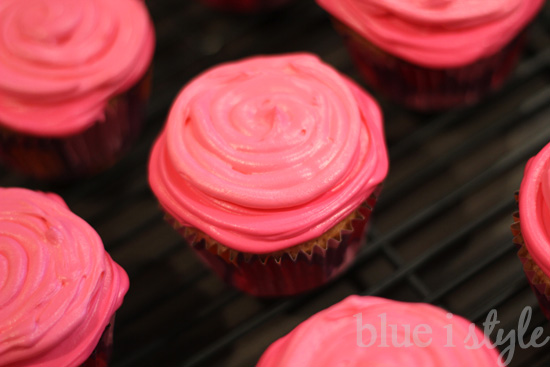 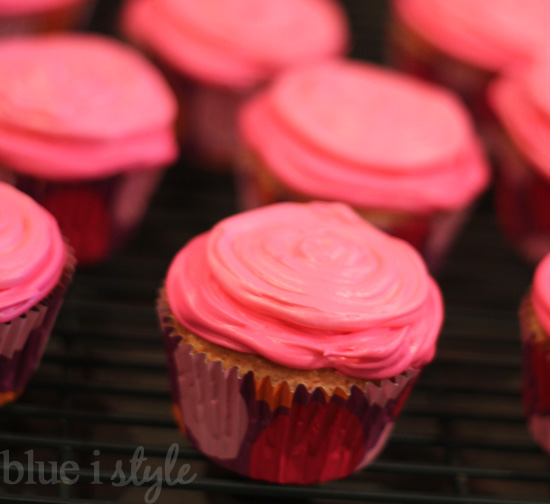 Finally, I filled a third cake decorating bag with the lightest icing and used the smallest round tip to apply the light pink icing to the top of each cupcake. This time, rather than starting in the middle and working my way out, I instead applied the icing in a spiral working my way in toward the center. 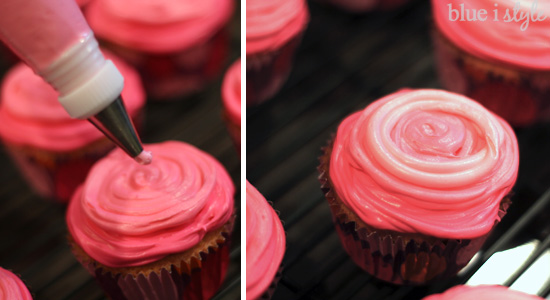 By working my way in toward the middle with the lightest color of icing, I was able to top each cupcake off with a nice peak right in the middle. 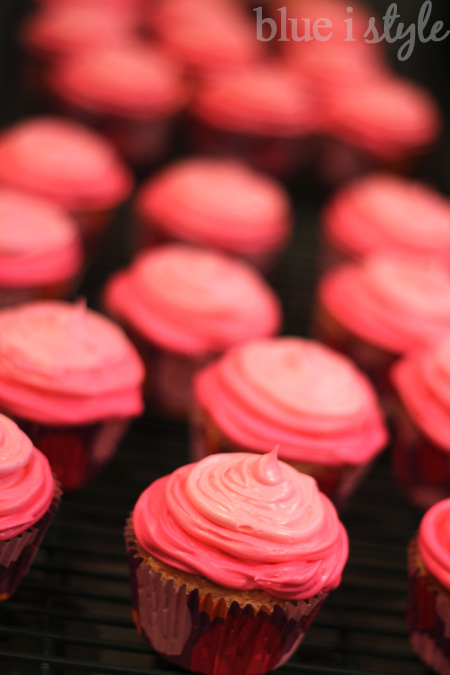 Once the cupcakes were complete, I placed them all in my cupcake stand and admired their ombre beauty! 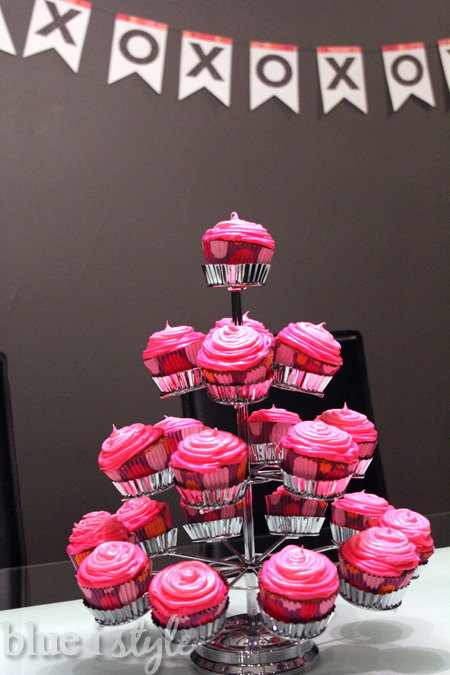 That Valentine’s Banner in the background is available here as a free printable {in case you missed it last week}. 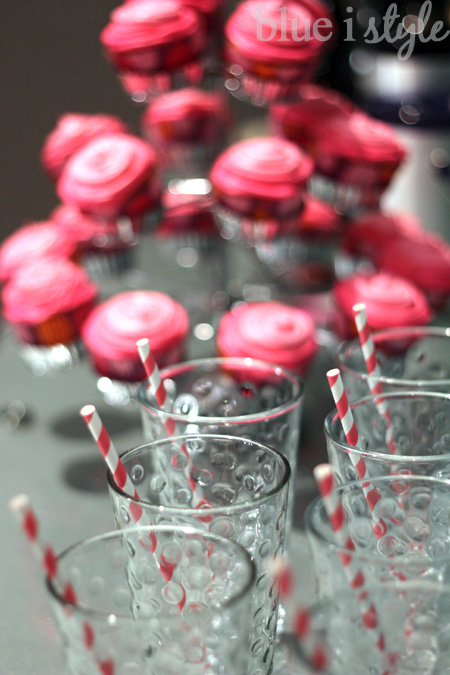 These pink ombre cupcakes would be perfect for a Valentine’s party, but since I made them for a birthday celebration, I also needed birthday candles. And would you believe that I found pink ombre candles??  I know, right?! 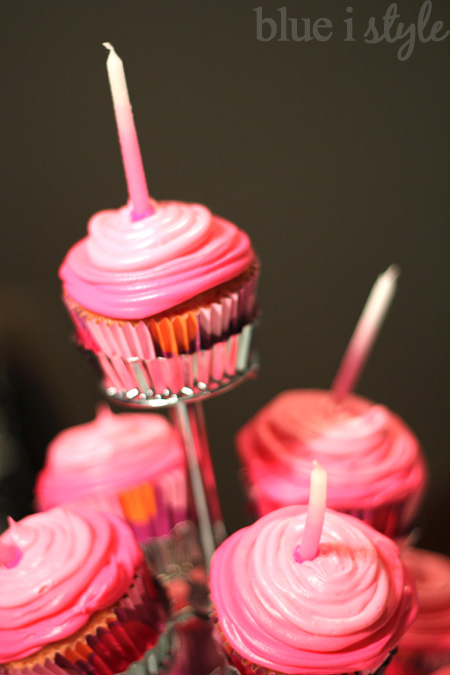 I just happened to notice these ombre candles on the baking aisle at Michael’s when I was picking up the food coloring to make these cupcakes, and I couldn’t believe my luck! The candles came in a package with pink, yellow, orange and green (a few of each).  So now I am envisioning green ombre cupcakes for St. Patrick’s Day – with a green ombre candle to celebrate my birthday the following day! 🙂

I really can’t get enough ombre! I love a design trend that can cross the line from home decor to fashion to food {and even hair, although I haven’t gone there}. If you want to see my favorite ombre project, you can check out the teal ombre stripes we painted in our nursery! And for a bit more ombre, take a look at this ombre Christmas tree that I painted. Happy Ombre, errr, I mean, Happy Valentine’s Day!

Linked up to The Makers link party at Persia Lou.