I am overwhelmed by all of your kind comments about the rock & roll playroom we created for our boys under the basement stairs! It means so much to me when you take the time to comment, and you really made my week! Thank you! Thank you!
I also received quite a few questions about how the boys reacted when we showed them the space for the first time, so I wanted to answer in the form of some adorable photos and videos! If my cute kids aren’t your jam, just skip this post – no hard feelings!
If you just want to see the playroom details without the kiddos, check out the full room reveal {with lots of photos} and the complete source list of the products used in the room. In the coming weeks I’ll be sharing a number of tutorials for the different projects in the space.

Ok, so if you’re still here, then you must want to see some more cute kid pics and videos, and I am happy to oblige!

If you followed our progress throughout the One Room Challenge, then you know that the boys didn’t even know this space under the stairs existed. We previously used it to store our Christmas tree and a few other random items, so there was never a reason for the boys to be in the space, and they had never shown any curiosity or interest in what was behind the door. In order to keep the secret, we worked exclusively during nap time, after the kids were in bed, and when the grandparents could babysit.

So what did the boys say when we finally showed them the space for the first time? I’ll let you see for yourself…
After showing the boys their new playroom, we upped the ante and brought in their instruments {some old and some new} and their brand new microphones – which were a huge hit! 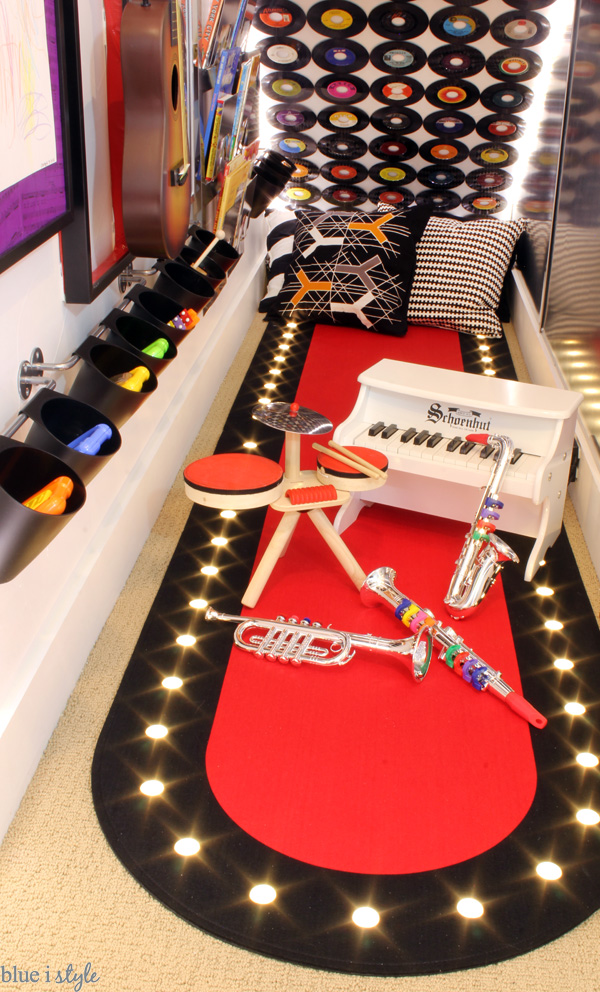 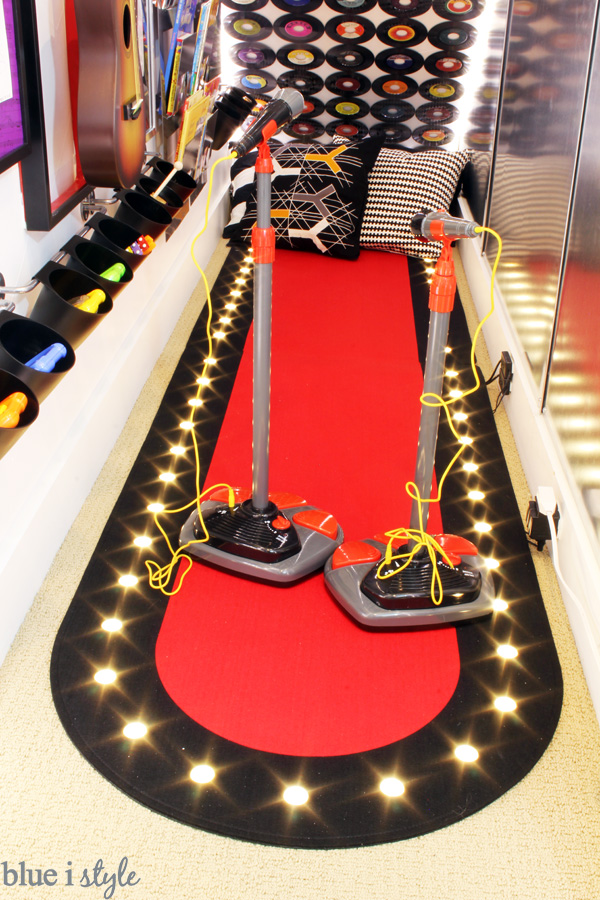 Cooper, who is almost two, is in a phase where he basically refuses to be in a photo {please tell me that’s just a phase?!} – so it was pretty hard to catch any pictures of him playing in the new space… but I did get just a couple pics {albeit blurry} of him doing what two year olds do best … making noise! 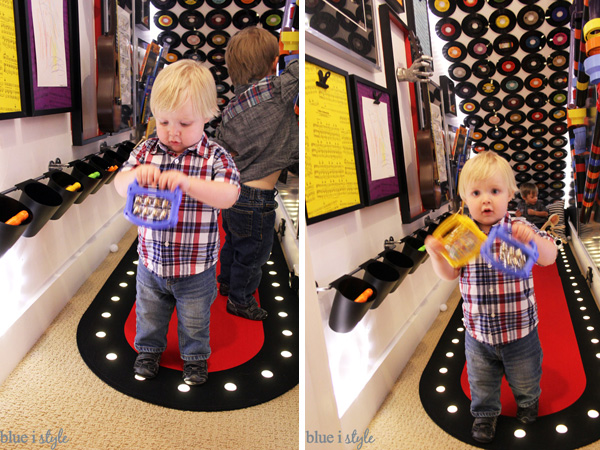 Beckett (3) also isn’t a huge fan of being in photos, but he was so busy rocking out that he didn’t bother to run away when I pulled out the camera.

I love hearing how much you guys love the playroom we created, but even more importantly, the boys LOVE it, too! I’ll leave you with a fun little video compilation of them singing, playing instruments, and generally being the cutest kids ever {not that I’m biased}.
If you made it to the end of this post, thanks and I hope you enjoyed this little glimpse into the real life behind the One Room Challenge. If you are interested in more details about the playroom, you can find a lot of photos in last week’s reveal post, and all the details about the products used in the room can be found in the source list post.