Ever since we first painted the magnetic chalkboard wall in our kitchen, I have been on a mission to figure out how to get it clean.  I mean really clean… as in back to the way it looked when it was new. Back to black!

The constant white/gray haze on the wall drove me crazy! Because our chalkboard wall reaches all the way to the ceiling, we never draw or write on the top of it, meaning that the wall isn’t even consistently grey. Instead it is nice and clean on the top – and progressively worse as it gets closer to the floor {where little hands can reach}. Now I like ombre as much as the next girl, but this just isn’t a good look. 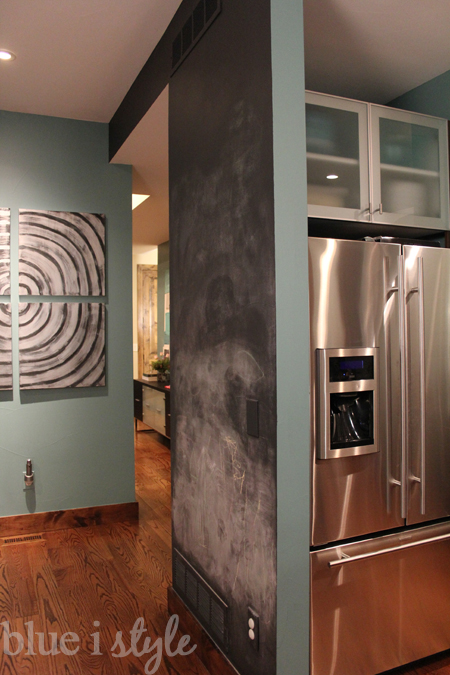 I’ve tried repeatedly to the clean the chalkboard painted wall with a damp cloth, with a sponge, you name it. With water it would look clean when it was wet, but as it dried the grey, smeary mess would reappear! My older son was always frustrated because it was hard to even see his drawings on top of the constant haze of chalk on our wall. 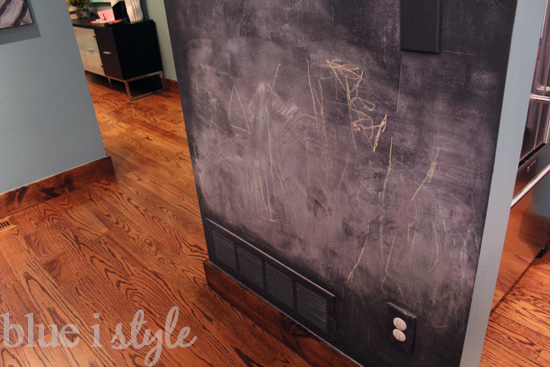 Months ago I did a bunch of research to find a better way to get the chalkboard clean, and I came across the same suggestion a handful of times. But I just couldn’t bring myself to try it. It just made me too nervous. But finally I had enough and I decided it was worth a shot. So I popped open a can of Coke, enjoyed a few sips, and then used it to clean my wall.

Yep, that’s right. Coke! Coke is apparently the secret to a clean, and I mean clean, chalkboard wall.

I was extremely skeptical about this. I envisioned it being a sticky mess! So I was shocked pleasantly surprised that it worked and it didn’t leave any sticky residue or film on the wall!

Coke came up time and again when I researched how to clean the wall, but I couldn’t find any good instructions. Maybe it’s just my type-A personality, but I like instructions! So I thought I’d share my method. It was quick and easy, and in about five minutes my chalkboard wall looked like it was brand new!

Step 1: Clean the Wall with a Chalk Eraser


I started by using a chalk eraser to remove at least a little bit of the excess chalk from the wall. 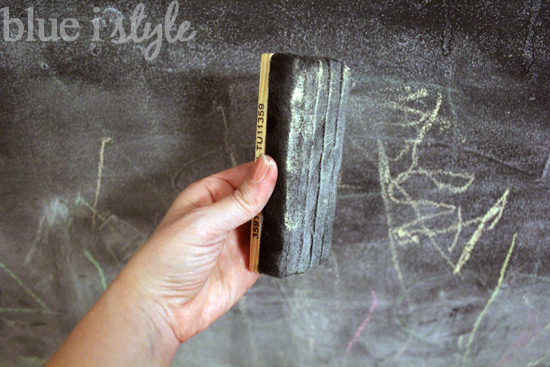 You’ll notice that our wall looks textured. It was actually a smooth wall when we started out, but the magnetic primer that we used under the chalkboard paint created a bit of texture. {For more details on magnetic primer, you can read my full review.} This texture makes our chalk wall extra hard to clean, because all of the chalk dust settles down in.

Step 2: Clean With Coke on a Sponge

I started by pouring just enough Coke to cover to bottom of my bowl {I ended up pouring more in as I went, but I’d start with just a little – no need to waste a good Coke!}. Because of the slight texture on the wall, I decided that a sponge would probably be more effective than a rag, so I cut a sponge in half {a better size to fit my bowl} and dipped the sponge in the Coke. 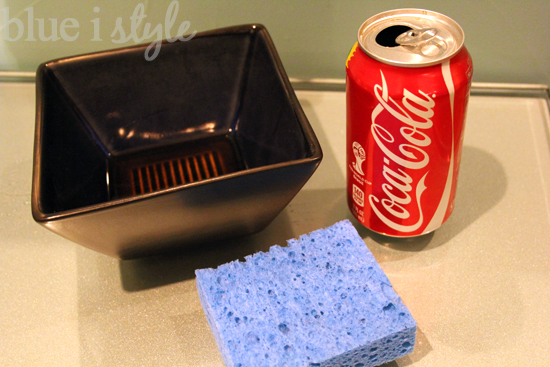 I squeezed the excess Coke back into the bowl so that sponge was wet, but not dripping.

Then I began to clean the wall with the sponge, applying moderate pressure. Immediately I could see that it was working.


The sponge very quickly became covered in chalk. So I rinsed it off with water in the sink, wrang all water out of the sponge, and then dipped the sponge back in the Coke and continued to the clean the wall. I repeated this process until the entire wall was clean.

Some areas higher on the wall that were less chalk covered only required one thorough pass with the sponge to look perfectly clean, while the lower portion of the wall required that I wipe it down a second time to get it really clean.

Here’s what the wall looked like with only one section left uncleaned. You can see that it is a drastic difference! 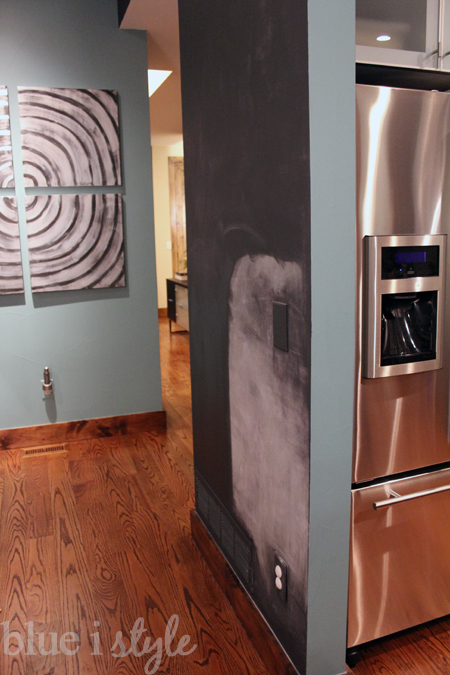 When I was done, the wall looked as good as the day we painted it! 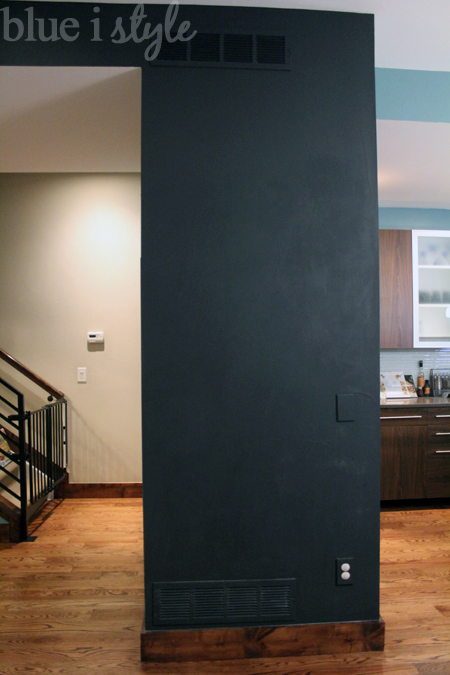 Obviously it didn’t stay looking like this for long, because as soon as my son saw it clean he immediately wanted to draw on it and use the DIY alphabet magnets that I made for him. Which was exactly the reaction I was hoping for! 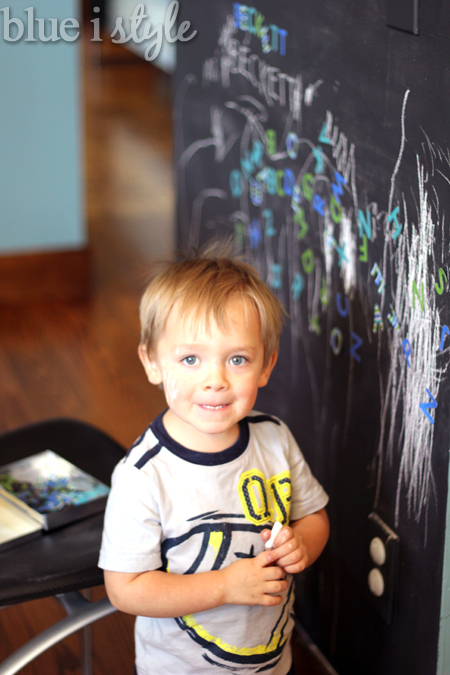 I love seeing his scribbles on the wall, but I am also so happy to now know that I can get the wall clean when I want to. No more grey, smeary mess!

To get the full effect, here’s the before and after! And don’t forget to pin this so you’ll remember the secret ingredient when you need it! 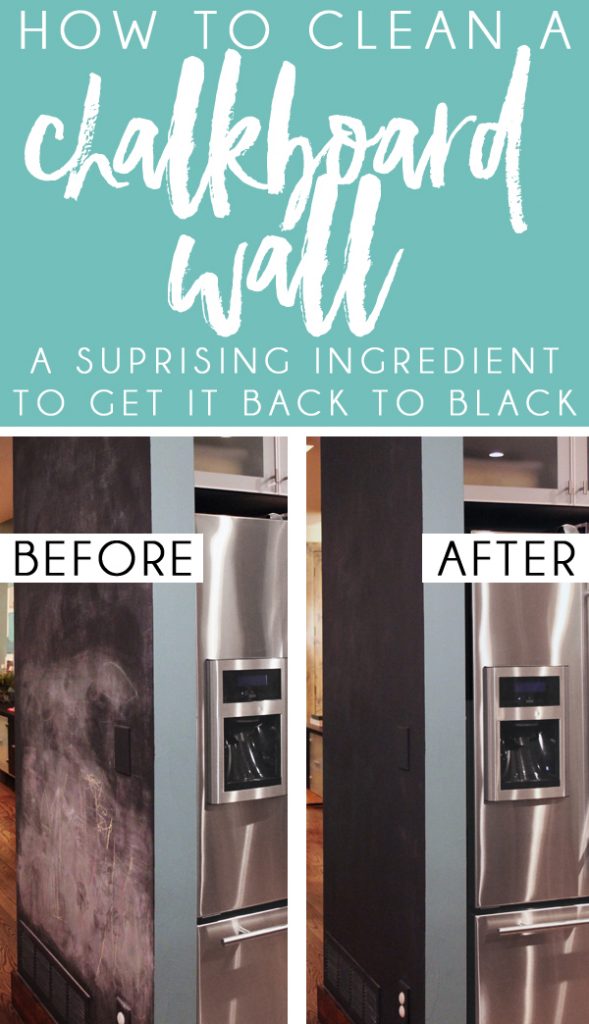