Have you met Menswear Dog? He’s a four year old shiba inu living in New York City with a penchant for all things style. Bodhi’s owners, David Jung and Yena Kim, are both designers that have fun dressing up their pup in mens’ clothing, and their Tumblr has gone viral. In fact, Bodhi has found so much fame that he’s on his way to having his very own canine fashion line.

I first discovered Menswear Dog when I was searching the internet for inspiration for Beckett’s menswear themed Vintage Preppy Little Man’s Lounge.

We don’t have a dog of our own, but Beckett adores his grandpa’s dog, and we spend a lot of time sitting on our porch saying hi to all the neighbors neighborhood dogs on their evening walks. Since Beckett is so found of dogs, I immediately knew that Menswear Dog had to find his way into the menswear themed room design! 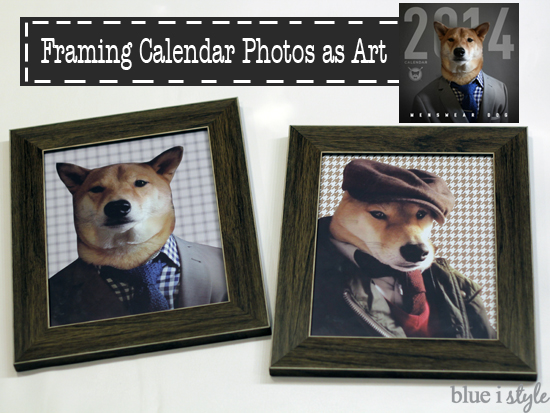 I was thrilled to discover that Bodhi is the star of his very own calendar! Framing calendar pages is a quick and easy way to create art on a budget, and if you buy the calendar a few months into the year you can get a great deal {I was able to pick up the Menswear Dog calendar for less than $4 on Amazon last month}.

Initially, I planned to simply frame two of the pages from the calendar to hang on the wall of Beckett’s new room, but I was bummed to discover that my favorite image – the one on the cover – is not featured inside the calendar at all. In order to use the cover photo without all of the writing, this meant I needed to cut out just the dog, eliminating the background. I selected the cover photo as well as the December photo, and cut them both out. 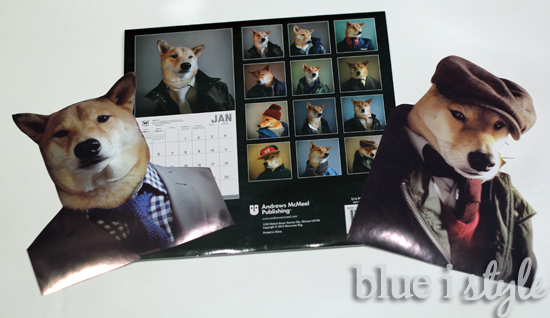 Before framing the dog photos, I needed to create a new background for each.  Rather than simply placing a solid color of paper behind the cutouts, I wanted to emphasize the menswear theme by using fabric inspired patterned paper. I opted to create my own paper in Photoshop – one page of houndstooth, and one plaid – but scrapbook paper would have worked just as well. 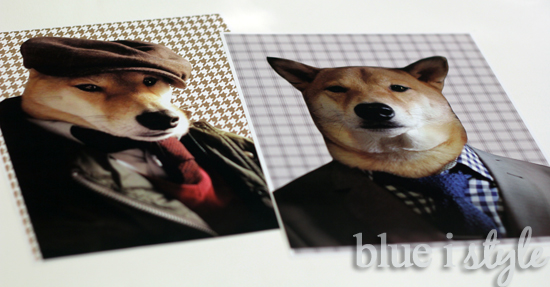 I printed out my patterned papers, and then trimmed the background paper and the dogs down until they fit nicely in an 8 x 10 frame (using the frame backing as a template). 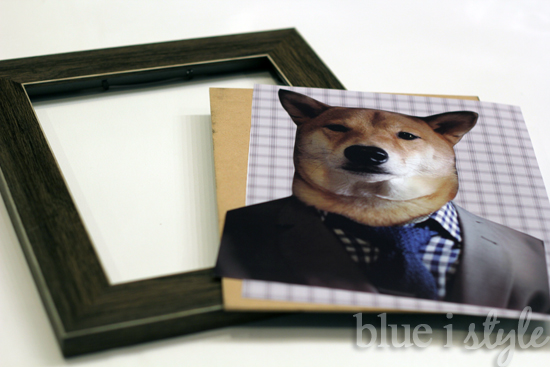 I picked up my frames during semi-annual Buy 1, Get One for a Penny sale at Aaron Brothers Frames, so this was a very low cost art project, but one that will be such a fun addition to Beckett’s new room.  I love that these pictures tie in directly with the menswear theme of the room, but the dogs add a touch of whimsy perfect for a little boy! 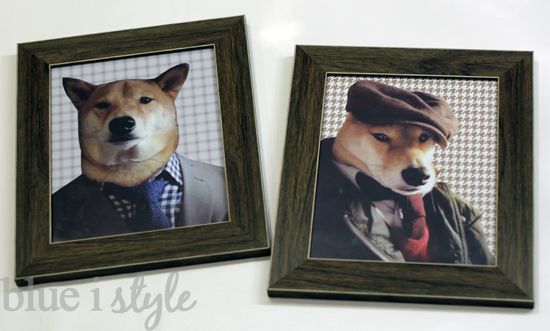 That’s one handsome and fashionable dog! 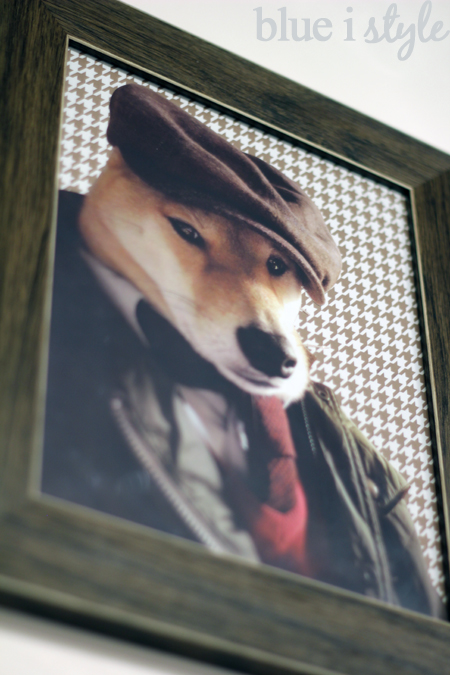 Although I had originally planned to simply frame the calendar photos with their solid colored backgrounds, I’m glad I was forced to think more creatively. The addition of the suit fabric inspired papers really adds to the finished product! 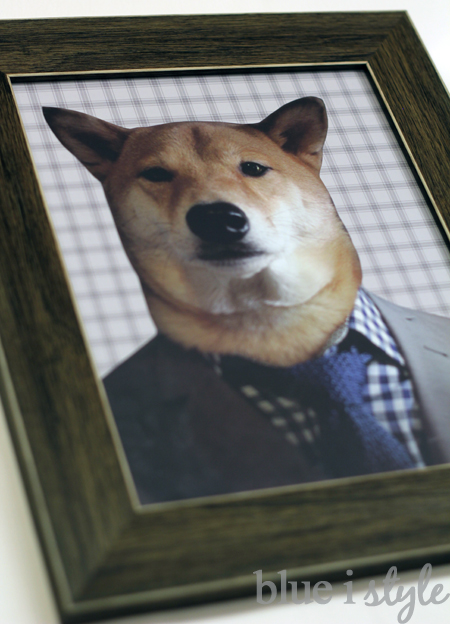 Beckett had a lot of fun helping me pick the calendar photos that we framed, and he still giggles each time he tells me the “doggy wears a tie!” In just a few short weeks we’ll have Beckett’s new room completed, and Menswear Dog will be prominently featured in the gallery wall I have planned for above the dresser.

Stop back tomorrow for more updates on the progress we’re making in Beckett’s new room.  I can’t believe the One Room Challenge is already half way over…I still have so much more to do!

« {style inspiration} Want the Look for Less? Knock it Off!
{One Room Challenge} Week 3 Update »