We’ve all seen pretty engraved photo frames, but what if you have a frame that can’t be engraved, or that you don’t want to permanently alter? Simply add a sticky-backed engraved plate!

When I was in college I studied abroad in Brisbane, Australia for six months and had the opportunity to travel all around the continent {and beyond}. Shortly after returning home I picked up a gorgeous blue 9-photo frame on clearance at Pottery Barn and filled it full of my favorite Australia photos to hang in my apartment. I wanted a way to personalize the frame and document where the photos were from.

I purchased an inexpensive silver plate from Things Remembered and had it engraved to read “Australia 2000.” The engraved plate came with an adhesive backing, so I was able to stick it right to the frame. {I guess you could say that I have always loved to label things!} 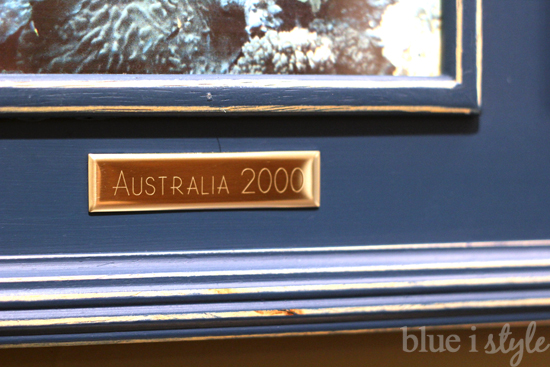 This personalized frame has been displayed in every home I’ve lived in for the past 14 years. It currently hangs in our second floor bathroom. 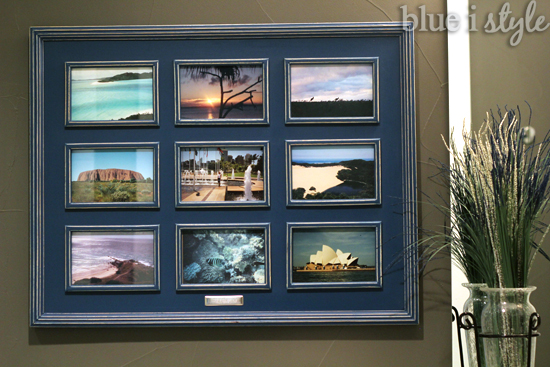 Adding an engraved plate also saved the day when it came to a frame for our nursery that I just couldn’t live without! Long before were ever pregnant, I fell in love with a set of silver photo frames from Pottery Barn Kids that had silver animals in the corners. I kept thinking I should just purchase them and put them away for when we had a baby someday, but I was afraid it might freak hubs out if I started buying baby things. So I put it off, and put it off, and then I saw them go on clearance and I just had to have them…

…Only I waited just a little too long and the largest frame, the 5×7 with the giraffe was sold out. I went ahead and purchased the two smaller frames, but I was so mad at myself for missing out on the giraffe frame. Months later I still couldn’t stop thinking about it, so I started searching eBay from time to time. Finally I found the frame, except it was already engraved with someone else’s initials. Wah-wah! 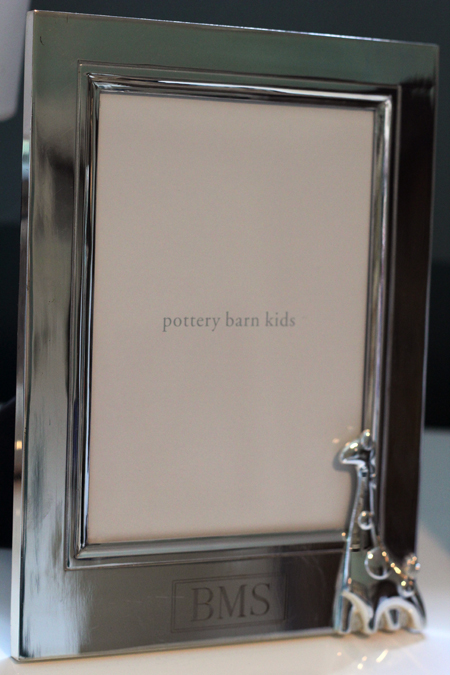 But then I remembered the engraved plate on my Australia frame and knew I could add the same to the giraffe frame, covering up the old initials, and adding the initials of my someday baby. Problem solved!

After Beckett was born, we headed to Things Remembered to get a silver plate engraved with his initials, but discovered that none of the silver plates were shiny enough to look right on the frame. Instead we ended up choosing a black plate where the engraved letters are silver. 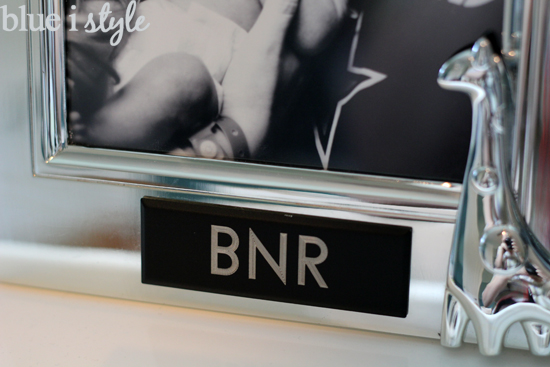 Turns out that the black plate actually looks great with the black and white photo in the frame – almost like we’d planned it that way. 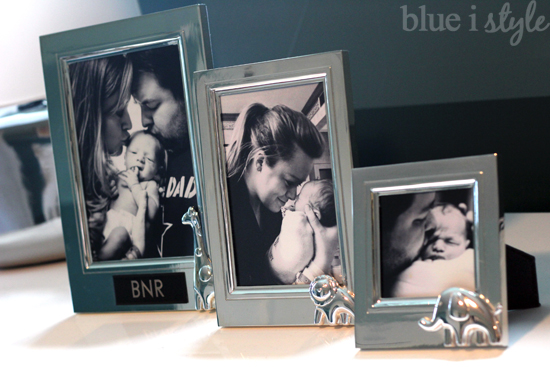 In retrospect, even if we had purchased a brand new frame, rather than having to cover up the existing engraving, the engraved plate would have been the best solution, because it allows the initials on the frame to be changed over time.

Now that Beckett has moved out of the nursery and in to his new big boy room {or as I called it, the Little Gentleman’s Lounge}, I was able to quickly remove the adhesive backed engraved plate from the frame and replace it with a new engraved plate with Cooper’s initials. 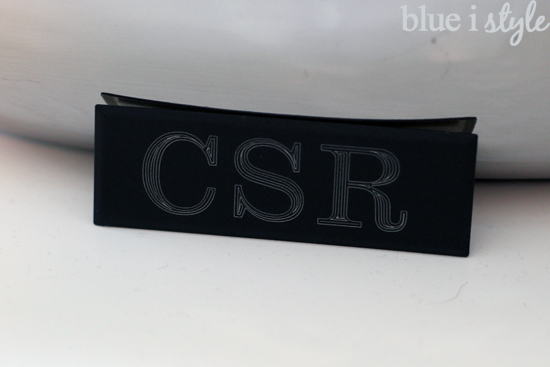 I simply peeled off the backing of the adhesive backing and stuck the engraved plate to the frame. 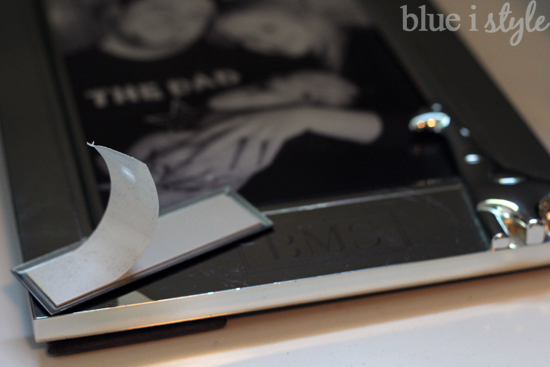 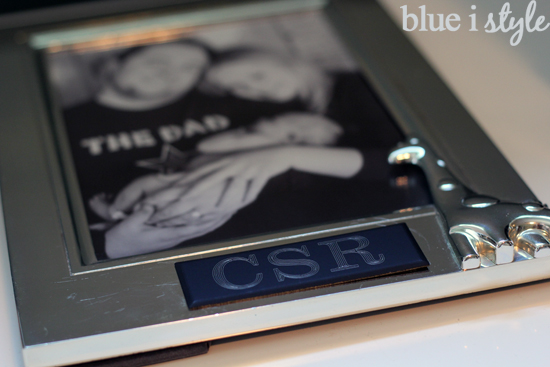 Now the frame is updated with Cooper’s initials! 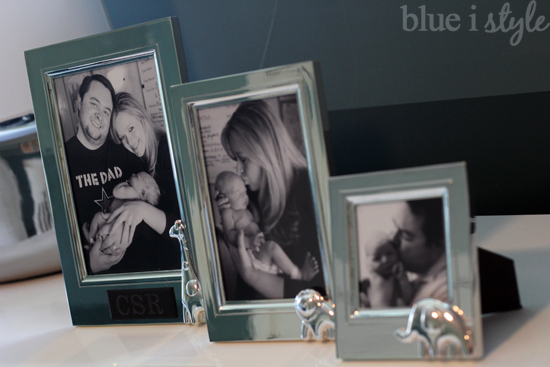 I can’t believe that the tiny little baby in these photos is now more than a year old! Time sure flies when you’re having fun!