One of the cool perks of my job as an attorney is that I often get an insider’s view of some of the exciting development and redevelopment projects happening around Denver and throughout the state of Colorado.

If you live in Denver, or have visited in the last couple of years, you’ve probably seen the major construction going on around Union Station.  There’s a ton of great information about the project out there, but it seems like most of the people I talk to around town don’t know that much about what the site will look like when it’s complete.

In early March, I was fortunate to have the opportunity to take a hard hat tour of the inside of the historic train station that is currently under renovation, and to learn a lot more about the vision for the overall Union Station Neighborhood project, so I thought I’d share with all of you some of what I learned. 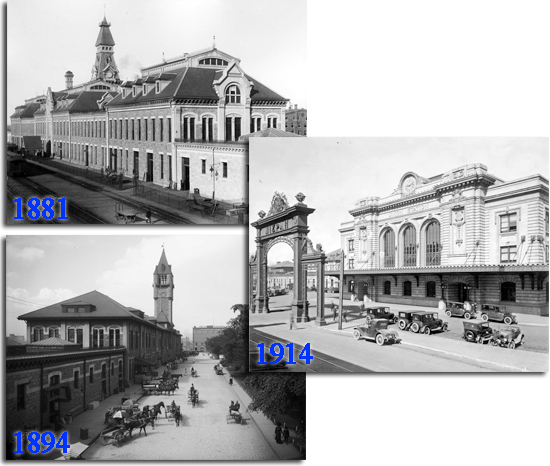 [Historic Union Station Photos from www.UnionStationNeighborhoodCo.com and www.denverunionstation.org]
The 1920s and ’30s were the glory days for Union Station, with about 80 trains a day operated by 6 different railroads.  Until 1958, Union Station continued to see more travelers each day than Denver’s Stapleton Airport.
Beginning in the late 1980s, the Regional Transportation District (RTD) and the City and County of Denver worked with the private owner of Union Station to make improvements to the site, including changes to accommodate an RTD bus lane and bringing in the light rail C-line to create a major public transit connection at Union Station.
In August of 2001, RTD purchased the Union Station site in accordance with an agreement between RTD, Denver, CDOT, and the Denver Regional Council of Governments.  Progress was made throughout the mid-2000s to plan and prepare for the redevelopment that is now underway, including necessary zoning changes, extending the 16th Street Shuttle to Union Station, and securing landmark designation for the station.
Denver Union Station Redevelopment: Transit Hub
The redevelopment project known as Denver Union Station is not limited to the historic train station, but also entails converting the surrounding 19.5 acres into a transportation hub that will serve 12 types of transportation when completely built-out, including pedestrian traffic, bicycles, taxis, pedicabs, motor vehicles, the 16th Street Shuttle, the 18th Street Circulator, RTD regional buses, intercity buses, light rail, commuter rail, and heavy rail. 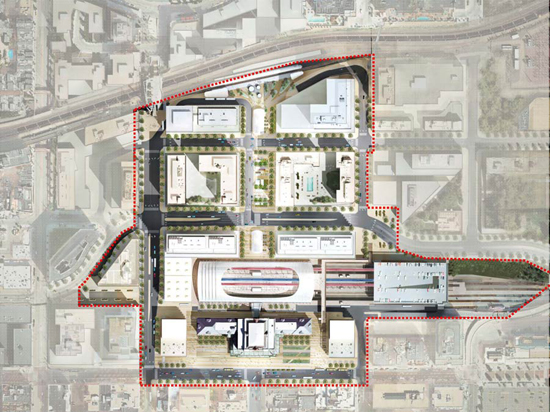 {source}
Immediately behind the historic station building is a structural Train Hall which will house eight hard rail tracks including AmTrak, RTD Northwest, two RTD Gold Line tracks, RTD North Metro, RTD East to Denver International Airport, and one undetermined track for the future.  The Train Hall is being constructed of stainless steel, with arched columns and a Teflon coated fiberglass fabric canopy reminiscent of the Denver International Airport.  The center of the Train Hall is lower than the two ends, thereby preserving the view of the arched windows of the historic building.
Here’s what the progress on the Train Hall looked like as of early-March… 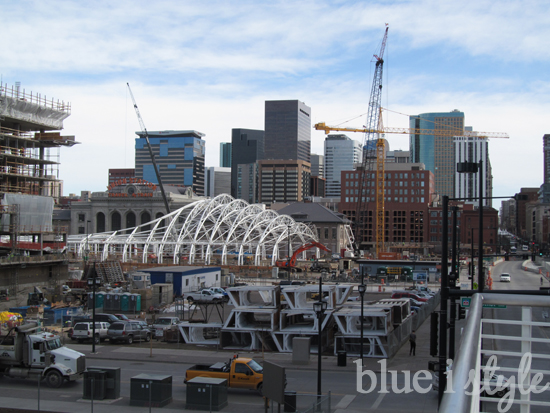 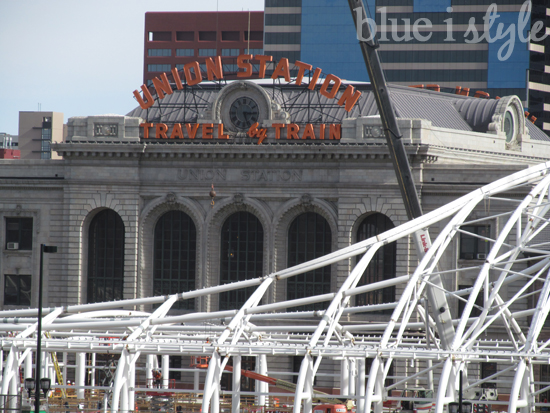 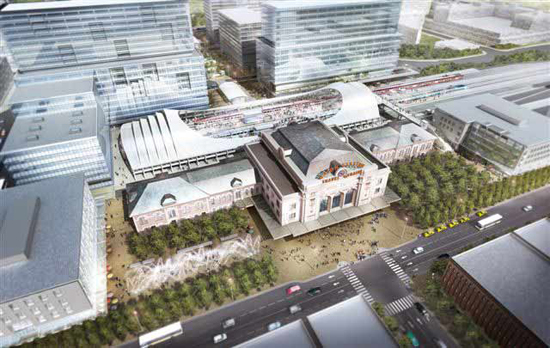 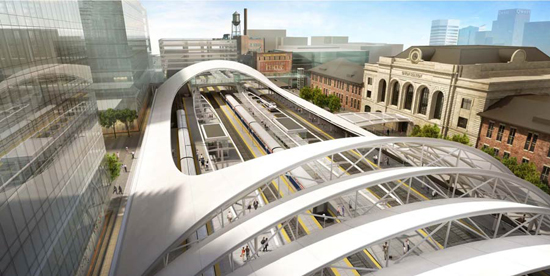 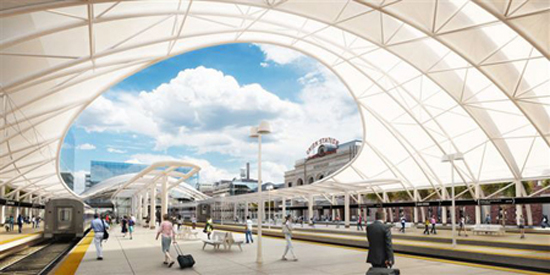 {source}
Underneath 17th Street, stretching from Union Station to the Light Rail Plaza near Riverfront Park, will be a three-block long, underground bus terminal large enough to accommodate a 22-bay bus route as well as the 16th Street Shuttle and the 18th Street Circulator.  The underground, enclosed passenger concourse will provide protection from the elements, but will feature skylights to allow in lots of natural light. 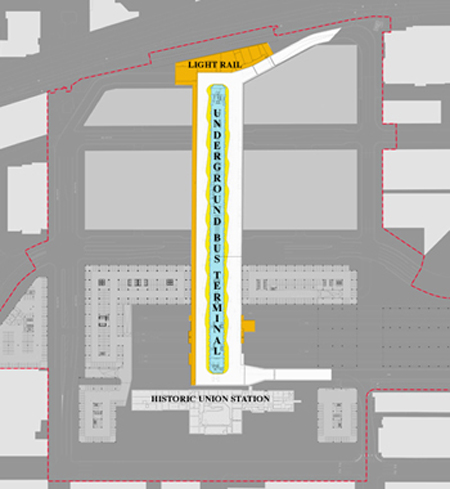 {source}
This rendering shows a cross-section of what the underground bus terminal will look like below 17th Street with the historic station in the background. 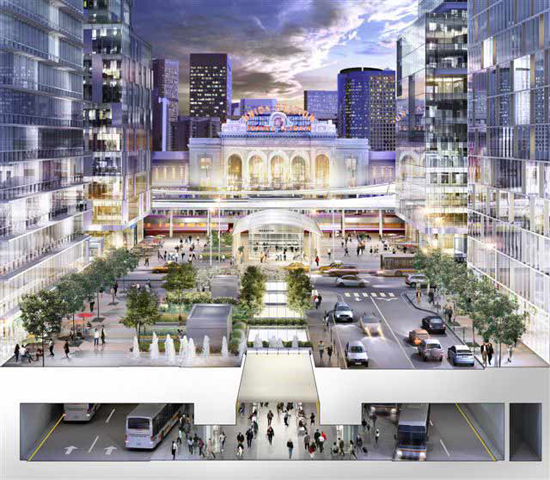 {source}
Denver Union Station Redevelopment: Historic Station Building
The historic Union Station building was officially closed to the public in December of 2012 to undergo major renovations, which will see the second and third floors converted to a 110-room hotel.  The main hall will remain open to the public, and the remainder of the ground floor will include retail and restaurants.  A major goal of the renovation is to maintain the historic character of the building, and the work requires approvals by the National Parks Service due to its designation on the National Register of Historic Places.
When I took a hard hat tour of Union Station in early March, renovations were well underway.  The interior was being stripped down and scaffolding was going up.  The station’s tall wooden benches were all stacked in the middle of the main hall, with vintage signs and lights stacked in a corner.  Here’s what it looked like the day I was there… 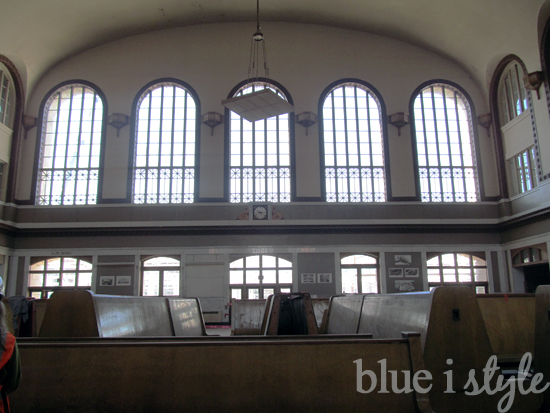 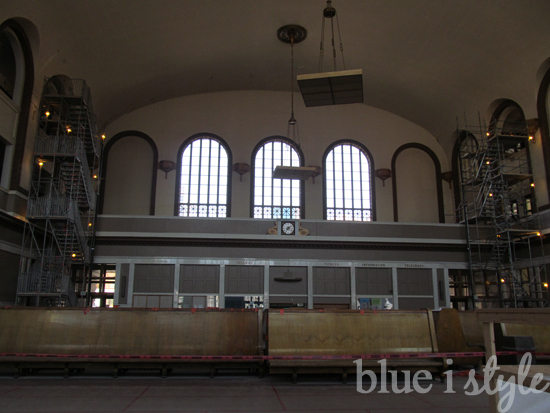 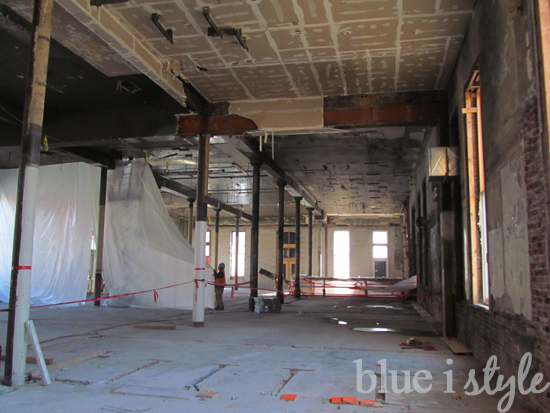 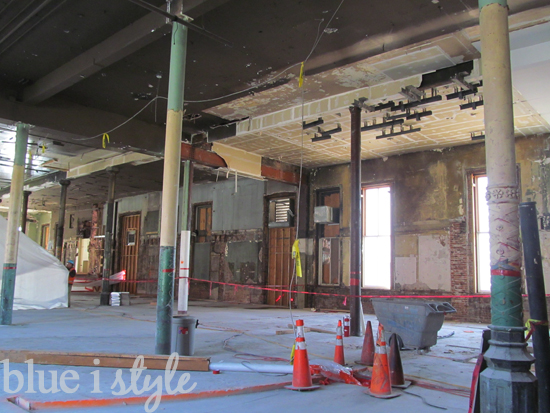 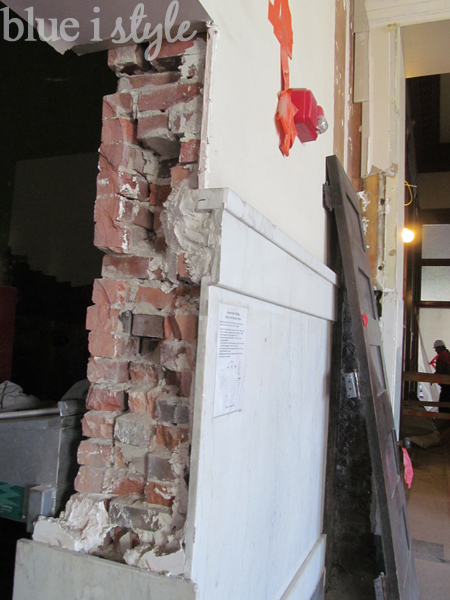 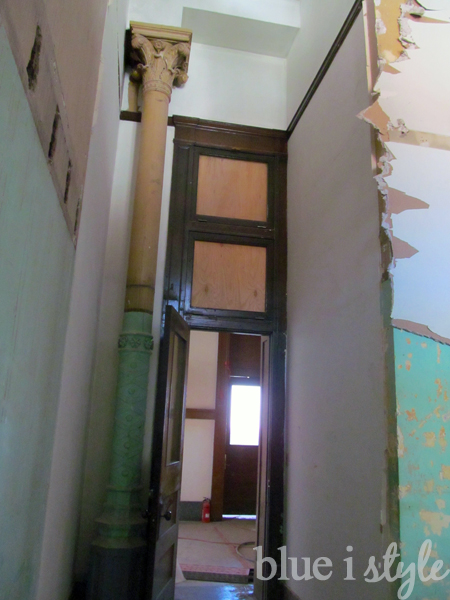 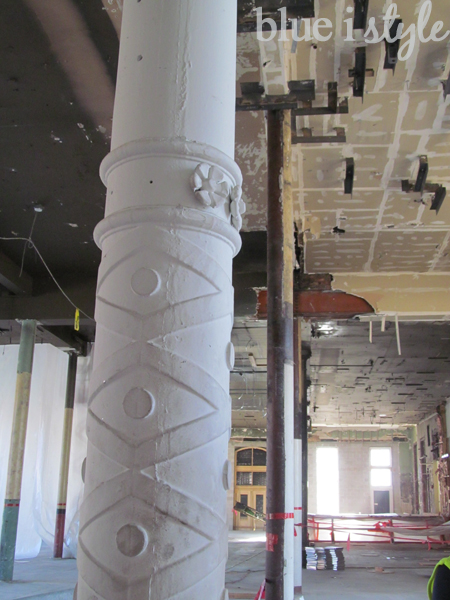 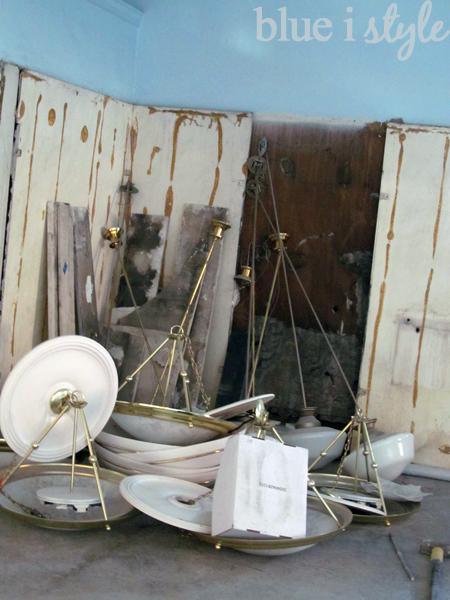 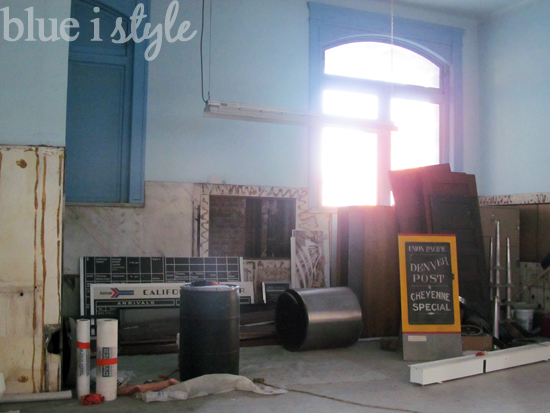 The fully renovated historic station is scheduled to open in 2014, and the exterior will feature numerous plazas and public spaces.  For a glimpse of what the entire site will look like when complete, here’s a video rendering that gives a great bird’s eye view:

I don’t know about you, but I’m pretty excited to see this project completed and I think it will be a great asset to the City of Denver!